Kodak has introduced a “Social Photo Album Creator” for Facebook that lets people combine photos from the site and work with others to make an album together.

There are three steps to using the Social Photo Album Creator: 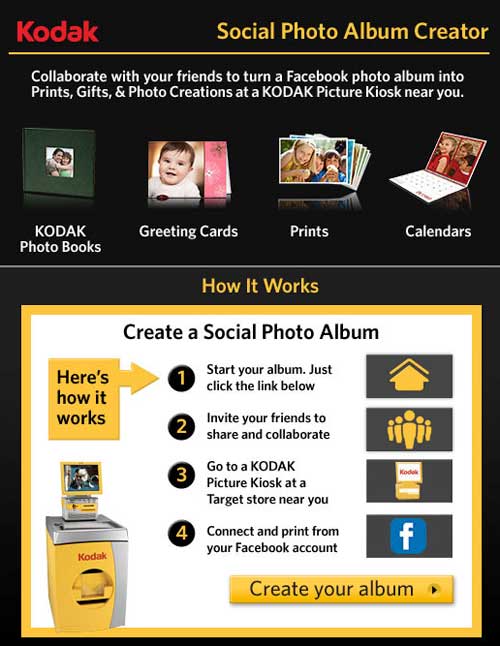 2.Invite others to participate and add their pictures to your album.

"Not only can Facebook users invite friends to collaborate in creating and sharing one album, now they can easily tell their story by making something unique with those memories in a matter of minutes.”