Imagine playing your favorite game on the iPhone, and upon making it to the final level and defeating the stage boss you’re offered a free cheeseburger at your favorite restaurant. Would such a system bring about positive or negative feelings from your gaming experience? Free stuff in the real world, based upon your performance in a mobile game. How are we just now coming up with this idea?

Kiip, an advertising network, plans to implement such a system. Their website tagline explains how it works – “Real rewards for virtual achievements“. Here’s a video going into a bit more detail about how Kiip works:

If you’ve played free games on your mobile devices, chances are they are plagued with in-game advertising, which allows them to remain free. More often than not this really brings down a gaming experience, especially if the ads ruin your concentration. However, Kiip works like an achievement system so a pop-up wouldn’t occur until you actually complete a stage or objective.

According to Wired.com, the system simply requires a user to submit their email address to have their reward sent to them. Players aren’t required to sign up for a Kiip account, so the emails are only used to send them their branded reward. The network is based on HTML5 coding, so any system is compatible with the service. The only requirement is that it’s connected to the internet. 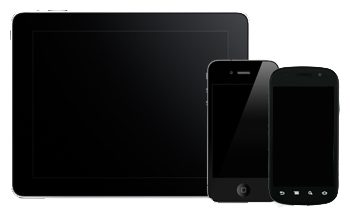 Though Kiip sounds interesting in theory, will it translate to success in real life? According to limited trials, players signed up for the achievement deals over 50 percent of the time. When’s the last time an advertising campaign saw those kinds of click-through rates?

At the head of Kiip is an internet prodigy, Brian Wong. If you’ve heard of Wong, it’s because at 18 years old he was able to land a job working for Digg. Upon leaving the company, he came up with the idea for Kiip.

To help keep a balance of how often rewards can be utilized, developers are provided a set amount of opportunities to utilize Kiip. Also, the system is set on a rotating variable so users aren’t going to be presented with a reward every time the same achievement is earned.

Upon reading about Kiip, I sent them a question in regards to how detailed developers could get in terms of which advertisers would be presented in their game. I presented a scenario where Coca-Cola released a game, and wouldn’t want a Pepsi reward popping up.

Here’s Wong’s response, “Users don’t choose what rewards they’ll see. The brands are able to set criteria for their target market. With verticals, through frequency capping, we’re able to guarantee that no competing products in the same space will appear in the same session.”

I think Kiip has a an interesting idea which could not only evolve in-game advertising, but mobile advertising as a whole. Imagine if such a system were utilized for check-in services as well, where surprise rewards would pop-up for checking in certain places.

The only roadblock keeping them back would be heavy saturation of their system on the market. There’s no set list of games where Kiip is being featured; they want their network to integrate naturally into the market. Coupled with their limiting algorithms and allowing developers a set amount of rewards to provide, they look to have all their ducks in a row.

Get More Traffic From Twitter With These 6 Great Headline Tips