Journalism professor Roy Greenslade, who blogs at Guaridan.co.uk, shared some interesting findings from a lecture he gave to a class at City University about journalism students and news sources.

Greenslade asked students what their primary news source was. When he asked for a show of hands for newspapers, 20 hands went up, the same for radio, and a few more for TV, but when he asked about the Internet, he got what he describes as a "forest of hands".

Now, this isn’t any large scale study. It’s just a teacher asking his students, but one can only imagine similar proportions in classrooms and lecture halls all over the world. Interestingly, however, Greenslade has determined that "big media" remains "a lure", because almost all of the students still considered "big media" outlets as their ideal workplaces, as part of the lecture was about "entrepreneurial journalism".

"They may be digital natives, but their ambition is to work for others rather than themselves," Greenslade writes. "They know the risks. They have been told there will be few job openings. They know that they will be expected to work for weeks, maybe months, for nothing."

So why so much interest in mainstream media despite the numerous success stories of "entrepreneurial journalism"? This comes shortly after TechCrunch announced its acquisition by AOL. Other blogs and independent publications are thriving. 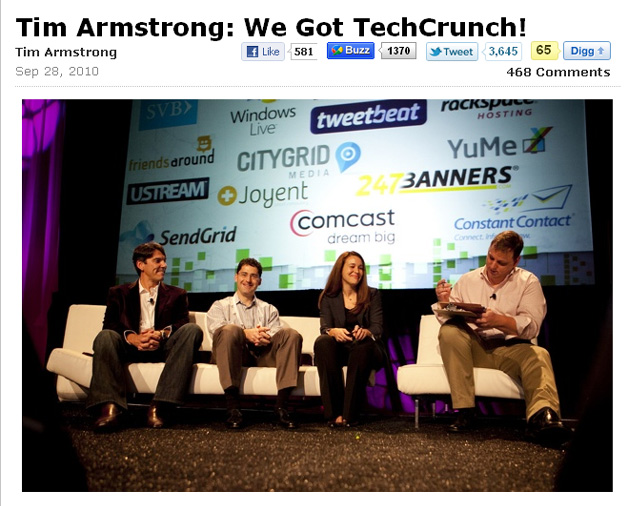 Working for yourself means freedom to pursue the kind of journalism you want, without having to adhere to the guidelines and constraints set by a corporation (note, that AOL made it clear it will let TechCrunch operate the way it always has).

That’s not to say it’s easy to become the next TechCrunch, Gawker, Huffington Post, etc. How much of the lure of mainstream media is the attraction of stability and an established audience? Either way, it says a lot about the state of the Web as a news source. One person commenting on Greenslade’s piece says, "To be honest – I think it’s encouraging. When I started studying, you’d be embarrassed to say you didn’t read newspapers. And that fostered an attitude of ‘print is best’ that was hard to shrug off."

Here’s a question for you: Wouldn’t entrepreneurial journalism be better if it had a higher volume of people with degrees in journalism penetrating the market?

The Future Buzz has an article on the subject from a couple years ago that still retains its relevance. In it, Adam Singer lists some things you get to do when you develop content for a publication that is all your own. These include:

2. Maintain editorial control and total freedom to write on whatever you please

3. Retain 100% of the advertising revenue brought in by your work

4. Build your own brand and web property

5. Create something that works for you and makes revenue while you sleep

6. Create a group of people loyal to you who will work to promote your content

7. Build your own network and carve out influence in your writing niche

The good news, no matter what direction a student goes in is that people will never stop loving content. Content will never die – especially good content. While you don’t need a journalism degree to write online,  with training in the field, students will already have a leg up on others. In fact, you will find that many MSM publications will often feature "entrepreneurial journalist" columns. I’m sure you’ve seen Mashable’s Pete Cashmore on CNN, for example. If your content is good enough, you can get the best of both worlds.

Are journalism students pursuing the right paths? Tell us what you think.

Will The Web Do for TV What It's Done For Print?