JetBlue Airways has introduced a new app on Facebook called “Go Places” that rewards people with TrueBlue points and discounts so they can earn free trips.

Users will be able to collect points and deals starting today through March1, 2011. Jet Blue says this is the first of a series of promotions it has planned for 2011 on Facebook Places. 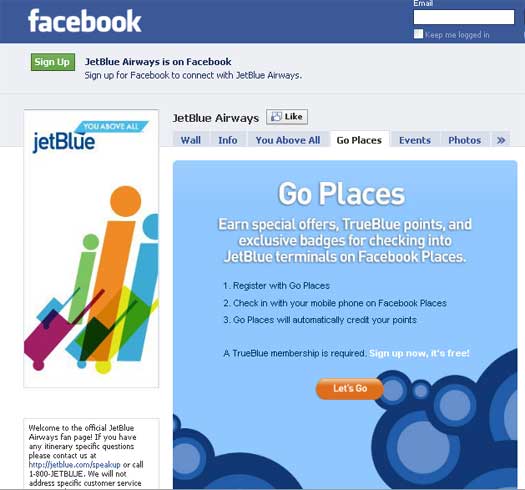 “We know our customers like to stay connected with their friends and keep ‘tabs’ on them," said David Canty, director of loyalty marketing at JetBlue.

"With this unique new promotion not only will they be able to, they will also be rewarded for it with TrueBlue points and other great offers!"

Should Google Increase its 20% Time?