Since Facebook announced its plans to take over the web, there has been a lot of talk about privacy concerns, and about deletion of Facebook profiles. There is also concern about the lack of openness in Facebook’s Open Graph initiative. Others are just bored with the social network. Whatever the reasons, an increasing number of people seem to be interested in deleting their Facebook profiles.

Have you considered deleting your Facebook profile? Let us know.

Matt Cutts and other Googlers de-activated their accounts soon after the Open Graph initiative was announced. Remember, you don’t have to delete the account to de-activate it. Facebook makes it very easy to stay. In fact, if you go to delete your account, they will try to guilt you into staying by telling you which of your friends will miss you.

There are apparently (as Danny Sullivan points out) so many people searching for how to delete their accounts, Google is even offering the suggestion "How do I delete my Facebook account?" as a suggestion for a query begining ‘how do I": 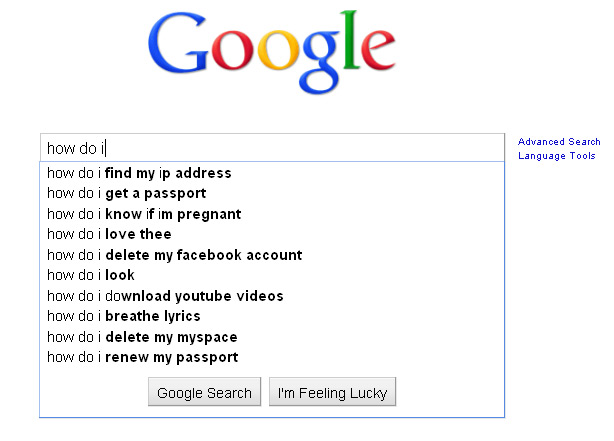 It would be interesting to know how many people that are figuring out how to delete their profiles are actually going through with it. Marshall Kirkpatrick at ReadWriteWeb, for example, just stood on the "edge of the cliff" before backtracking (though I don’t think he intended to go through with it).

Seesmic founder Loic Le Meur posted the following video talking about why it’s probalby not the greatest idea to delete your Facebook account:

Loic makes a pretty good point about Facebook’s usefulness as a source of public data, and about how you should basically consider everything you do online to be public, if privacy is your concern. As he notes, even emails can be forwarded.

It will be very interesting to see if a significant amount of people drop Facebook, but at this point, it doesn’t look like it’s going to happen. One guy recently started an initiative to get people to join him in leaving Facebook. It’s not working out so well so far. Josh Levy pledged, "I will delete my Facebook account but only if 10,000 other Facebook users will do the same." The deadline is May 31st. So far he has 76 people.

This isn’t like when people started abandoning their MySpace accounts for Facebook. There’s no service here drawing people away. People have a lot invested in their Facebook accounts at this point, and as Facebook becomes integrated more and more into the fabric of the web and popular culture as a whole, many will find it hard to walk away even if they have considered it. Then of course there are the many, many people who simply love Facebook.

Do you think it’s a wise decision to abandon Facebook as it becomes a greater part of the web? Share your thoughts.

Will Dmoz Continue to Have a Place in Search?

May 16, 2010
Recent Posts
Registration is disabled.