Google announced the launch of an app for the iPhone, iPad, and iPod (those running iOS 3 or higher) that turns the device into a remote control for Google TV. This is a capability that has been available for Android, but Google wants as many people using Google TV as possible, and this should at least reduce some potential friction from Apple users.

The Android version of the app was released in December, along with the following video:

“Your phone improves standard TV remote activities like changing channels or accessing your DVR,” explains Google TV Product Manager Ambarish Kenghe. “I love using it at night, because the back light means I can see all the buttons in the dark and the buttons are easy to find. ”

“You can also interact with your TV in ways you never have before,” adds Kenghe. “For instance, try using the voice search to find your favorite shows and movies just by speaking into your phone. There should be less fighting over the remote, too, since multiple phones can work as remotes at the same time—you just need to agree on what to watch!” 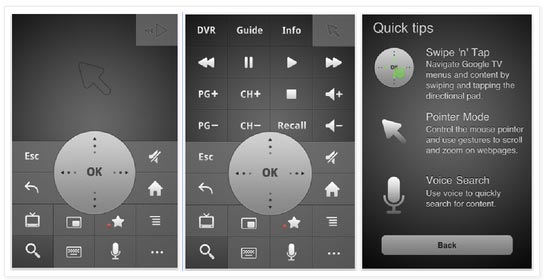 Some people may find the app an attractive alternative to other available Google TV remotes, like the one seen here from Sony. Just using a device you’re going to be using anyway, should reduce the clutter on your coffee table.

Most people that actually have Google TV are probably Android users before iPhone. This is just a gut feeling. These are the early adopters. That said, there are probably plenty that do have iPhones, iPads, or at the very least, iPods.

The app is available in Apple’s App Store.

The PlayStation 3 Battles Are Continuing Quite Nicely