Update 08/19: Since the article was originally pieced together in March, there have been many rumors flying around about the device. Many of them have simply been around the release date. As of right now, it looks like it’s going to be early October, based on the latest from Boy Genius Report, who cites an AT&T Source.

Other recent rumors include:

Telefónica Scaling Back Stock To Make Room For iPhone 5,j a possible release with 4G LTE support, and a bigger display.

Let me preface this by emphasizing that nothing here should be taken as fact at this point. That’s why they’re rumors. Some may be more believable or more credible than others, but a rumor is still a rumor.

– Rumors have the iPhone 5 pegged for release sometime in the summer.

– The iPhone 5 may not be called the iPhone 5. Michael Nace, writing for the site iPhone5NewsBlog once made some interesting points about Apple’s naming system. “First off, the ‘numbered’ iPhone models picked up their names primarily not by series, but by the network generation that they jived with,” he wrote. Think 3G/4G, etc. 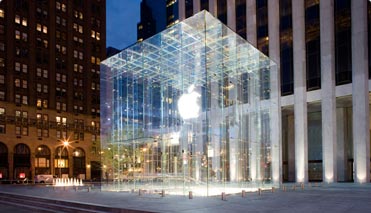 “Second, if Apple indeed intends to release the iPhone 5 (as we euphemistically call it) too quickly in the iPhone release schedule, calling it ‘the iPhone 5’ will only further highlight how close the new iPhone will be released from the iPhone 4, thus exacerbating the perception that the iPhone 5 is a ‘make-up’ model for a flawed iPhone 4,” he wrote.

– The iPhone 5 may not come with NFC technology. A report from the New York Times this week, says, “According to two people with knowledge of the inner workings of a coming iteration of the Apple iPhone — although not necessarily the next one — a chip made by Qualcomm for the phone’s processor will also include near-field communication technology, known as N.F.C. This technology enables short-range wireless communications between the phone and an N.F.C reader, and can be used to make mobile payments. It is unclear which version of an iPhone this technology would be built into.”

It would seem likely that it would in fact be in the next version, but an article from The Independent recently cited “Sources at several of the largest mobile operators in the UK” as saying that Apple said in meetings that it wouldn’t include NFC in the next version of the iPhone, based on concerns about the lack of a clear standard across the industry.

– Recent rumors have the iPhone 5 coming with a larger screen. As we referenced in another article, The China Times reported that trial production has begun on the next iPhone, with 4 inch screens.

– The iPhone 5 will be faster. How could this not be on the list of improvements – especially after reports of Android devices being faster? It seems fairly obvious that Apple will keep progressing in terms of speed. They did it with the iPad.

– The iPhone 5 will be thinner and lighter. Ok, this is more speculation than rumor, based on the iPad 2 release. I don’t really have any good source of information to go on with this one, but it was certainly a major improvement for the iPad line. Why not make as similar move with the iPhone?

– The iPhone 5 will have a built-in bumper. Apple certainly doesn’t want a repeat of antennagate. They’re going to have to do something to make sure that doesn’t happen. One way or another, the antenna issues will have to be resolved.

– The iPhone 5 and the iPad 3 will actually be the same device, merging the two product lines into a smaller version of the iPad with a bigger screen for  iPhone users . OK, I just made that one up. Disregard.

– Update: NowhereElse.fr has an interesting infographic of iPhone 5 rumors (via Business Insider)

Want to spread more rumors about the iPhone 5? Feel free to do so in the comments. Sources would be helpful.