The number of applications in the Apple App Store for iPad has climbed to 4,870 since the launch of the device on April 3, according to the latest report from app store analytics firm Distimo.

Nine days after the release of the iPad, the Apple App Store for the device had 3,670 applications, with 2,654 applications that were only compatible with the iPad and 1,016 universal applications.

The largest category of apps for the iPad is games with 1,577 titles (32%), followed by entertainment and books with 455 and 396 titles, respectively. 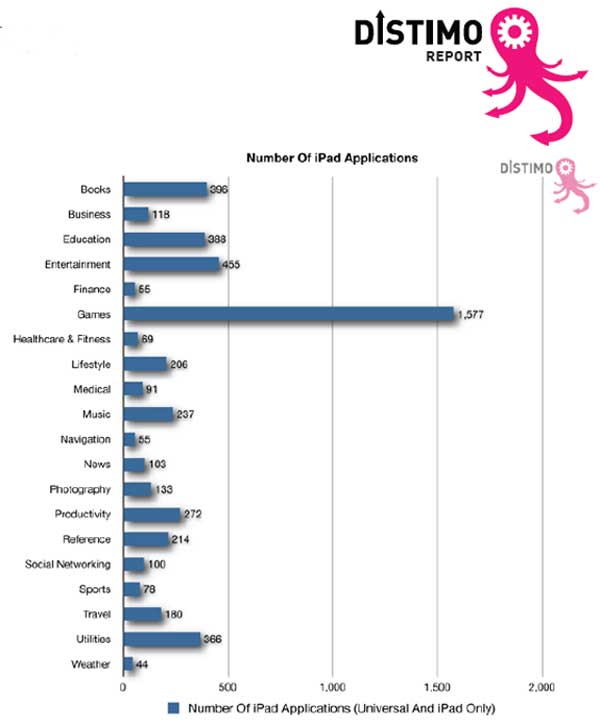