Intel Study Predicts What Technology Will Look Like in 50 Years

Intel recently released the Intel Next 50 Study which surveyed people on what they think technology will look like in the next 50 years. David Shaw, in Developer Relations at Intel and is part of the Intel Delta Force team explains:

What do you think technology will look like in the next 50 years? Maybe we’ll all be driving flying cars. Maybe there’ll be sentient robots. Okay, That might sound a little bit out there, but Intel recently conducted a study to find out what people are most excited about regarding the future of technology.

Intel’s Next 50 project aims to help researchers understand current attitudes towards technology and its role in day-to-day activities. It tries to paint a cohesive picture of what people think about technology and to identify key areas of excitement and concern.

For starters, over 80 percent of people believe that smartphones NPCs will continue to be important in 50 years: 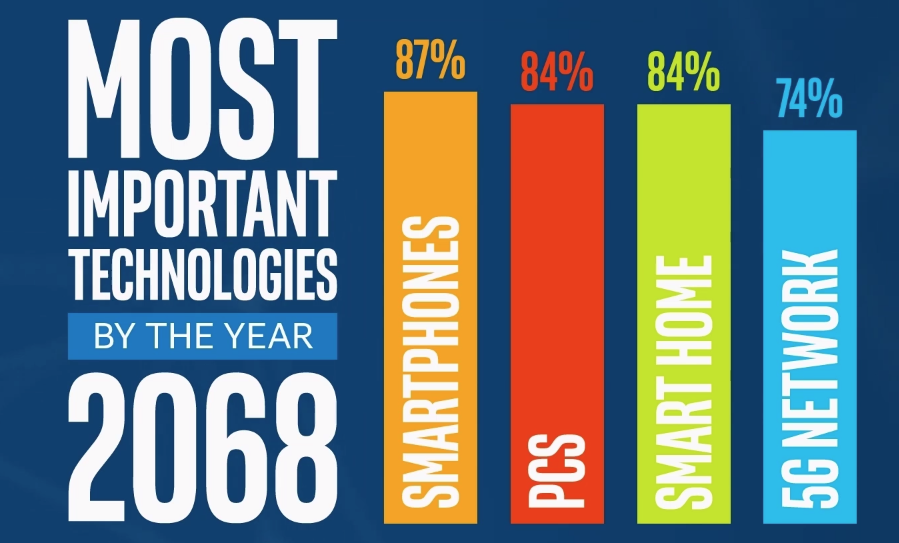 But we can’t agree on everything. People are split on whether technology will bring them closer together or further apart from friends and family:

People also have mixed views of artificial intelligence. Over one-third of those surveyed don’t believe they use AI today. This might sound a little uncertain but research has shown that there’s still a great deal of excitement around the future:

According to the study, people express the most excitement towards familiar established technologies like computers and smartphones. The excitement even carried over to things like smart homes of which AI is a key building block:

In particular, parents tend to be more excited about AI research which shows that this group is more likely than consumers overall to look to AI to increase their quality of life by automating everyday tasks:

It doesn’t stop there either. Interestingly, they are also more trustful of artificial intelligence devices and according to the study tend to look forward to technologies predicting their needs:

The study gives good insight into how people feel towards technology and it might give you the lead on what to create next, with Intel technology, of course.

NYU Stern Professor Scott Galloway: Amazon is a Monopoly that Should be Broken Up