In the world of social media fails, it doesn’t get much better than a fugitive telling the police their general location on Facebook.

A 29 year-old self-described rap promoter was arrested by New York Police after issuing a challenge to the law enforcement officers assigned to his capture.

Ruben Burgos posted as his status on Facebook, “Catch me if you can, I’m in Brooklyn.”

Police shortly found him in an apartment, sitting at his computer, with his Facebook page open in the browser. 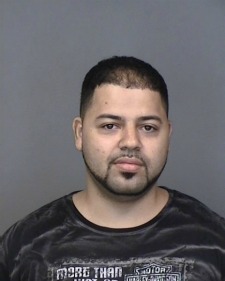 “He told us via Facebook to come and get him and we did,” Utica police Sgt. Steve Hauck told the Daily News.

He apparently taunted them even more by posting a video showing him walking into a NYPD police office.

Burgos had violated an order of protection on June 6th when he called his ex-girlfriend and threatened her, even saying that he would kill her. Charges were then filed in Utica for three counts of criminal contempt in the 1st degree and two counts of aggravated harassment in the 2nd degree.

Before Police could arrest him, he fled to NYC. The City of Utica NY Police Department posted the story on their Facebook page a couple of days ago. The comments are hilarious, as you would expect.

One Facebook user congratulates the PD, “What a tool! Nice job by all in the tracking and capture.” Another user writes, “moral of the story, do not poke the nice policeman with a stick.” One user simply states, “Smart move, dumbass.”

Burgos goes by the name R. Mack Milly as a “rap mogul.” You can check out what looks to be his page on MySpace here.

Facebook stupidity by criminals seems to be catching on, as social networks allow people exacerbate even the worst scenarios. Last month a man in Utah live-posted his standoff with Police on Facebook. He ended up shooting himself in the chest when Police finally stormed the hotel room after a more than 8-hour ordeal.

Google Panda Update: $25,000 Reward If You Can Get This Site Recovered