Hurricane (and later Tropical Storm) Irene has come and gone, leaving at least a few dozen people dead and causing major flooding and power outages for much of the east coast.

The storm hit over the weekend, attacking the coast of North Carolina, Virginia, Maryland, Pennsylvania and later New York City and parts of New Jersey, Rhode Island and Massachusetts.

Here are some quick stats about the impact of Irene:

About those casualties, the AP has a list of the deceased, complete with the causes of death. For instance, an 85 year-old woman in Maryland was killed when a tree knocked a chimney through her sunroof. And in New York, a man was electrocuted as he tried to help a young child who was in a flooded street with downed power lines.

Obviously, Hurricane Irene has had a tremendous impact on the east coast. But it didn’t quite live up to the apocalyptic hype that dominated the airwaves for the days leading up to the event. Most notably, NYC was not hit with the force that was predicted. The Oatmeal has a great comic today about the unpredictability of weather and the hype machine that attempts to predict it.

The disclaimer reads as such:

The point of this comic wasn’t to undermine the damage of Irene or imply that we all wanted more destruction, it was to highlight two different things:

1. The weather on this planet is very, very fickle. The worst disasters aren’t the ones we see broadcasted on CNN days before they happen, with newscasters promoting which Twitter hash tag you should use meanwhile situating their cameras to maximize the dramatic effect of floodwater. The worst disasters come out of nowhere with very little warning, such as the Japanese tsunami or hurricane Katrina.

2. Hurricane Irene was a hype-fest of epic proportions and I’m betting whoever runs The Weather Channel is probably buying himself another mega-yacht this week.

This brings up a good point. Did you feel like the lead-up hype to Hurricane Irene was a little more extreme than normal? Sure, we should be used to doomsday weather predictions, Irene isn’t the first storm that we have obsessed over. But was Irene more bark than bite?

But even if Irene was hyped to epic proportions, is that really a bad thing? Many on Twitter are talking about the criticism of the “media hype.”

@janicedeanfox
Janice DeanEasy to criticize the media and the Irene “hype”…but if just one family evacuated and it saved lives, then the “hype” was worth it to me.

3 hours ago via Twitter for iPhone · powered by @socialditto

@GLB62
Gary Benderif you think Irene was “over-hyped” go talk to those millions (me included) without power, and the families of those that died this wknd

3 hours ago via TweetDeck · powered by @socialditto

@vicfraternale
Vic Fraternale@njdotcom #Irene not living up to the hype is a good thing. People are so stupid. It’s called gratitude.

13 minutes ago via Twitter for iPhone · powered by @socialditto 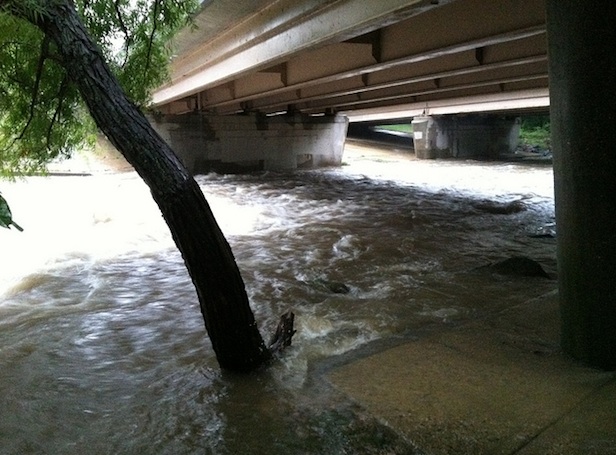 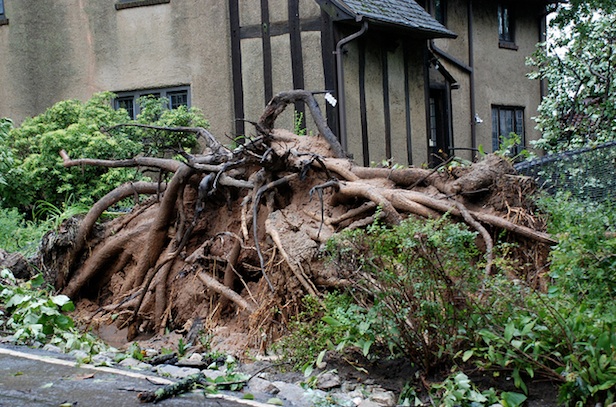 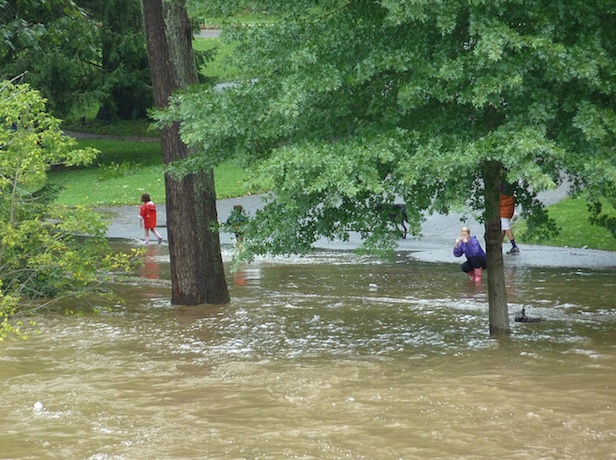 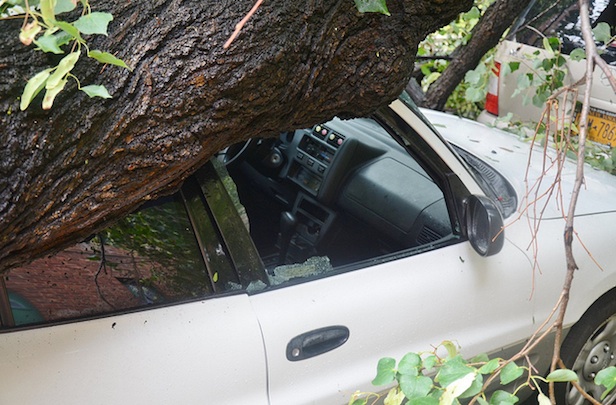 In other social media news, Foursquare CEO Dennis Crowley decided to do some live reporting on the Hurricane in NYC. He posted photos and videos on his Flickr account documenting the (sometimes less than impressive) damage that Irene caused to his car and apartment. Here’s a video he posted from East River Park-

2 days ago via Dabr · powered by @socialditto

Our well wishes go out to everyone affected by Irene.