Two of the most popular shows on Hulu will be pulled off the site after March 9th.  Hulu announced late yesterday that it and Comedy Central have been unable to reach an agreement concerning the distribution of The Daily Show and The Colbert Report. 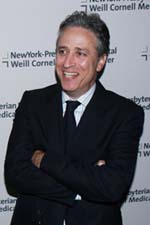 This doesn’t seem to signal a complete estrangement between the two companies; in fact, Hulu’s Andy Forssell wrote on the corporate blog, "[W]e are continuing to talk to the Comedy Central folks about a number of opportunities.  They’re a great team and I’m confident that we’ll be working with them in multiple ways in the future."

Also, Hulu will direct users who search for the affected programs to TheDailyShow.com and TheColbertReport.com, two Comedy Central properties that will continue to make clips available for free.

Still, it’s hard to imagine that this would have occurred if both parties were completely satisfied.  Perhaps Comedy Central wasn’t impressed by the size of Hulu’s audience.  Or maybe they couldn’t agree over a revenue split.  Either way, it’s a fact that Hulu’s trying to obtain more content, not shrink its existing library.

Hulu execs must be hoping that the site doesn’t lose too many viewers due to this loss, and praying that the development doesn’t represent the start of a trend.