AOL has been a fascinating company to watch over the last several months as it moves further and further away from its legacy as a dial-up ISP to a content machine. There have been internal tiffs, mass layoffs and general restructuring, and controversies related to contributors, particularly since The Huffington Post became the foundation of AOL’s content offerings.

It seems those controversies won’t be dying anytime soon, although recent developments do appear to place more of an emphasis on increasing the quality of content (not that quality has been much of a problem among AOL’s content properties thus far). AOL’s TechCrunch reports on a conference call Peter Goodman, editor for business and technology news for the Huffington Post held with freelancers, saying that the company is looking to turn the freelancers who are actually professional journalists (as opposed to bloggers) into staff writers. Leena Rao reports: 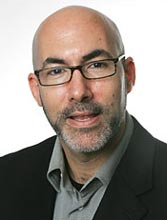 Goodman encouraged all of the call attendees to apply for full-time jobs with the Huffington Post Media Group and reiterated that the new group is “ultimately about greater journalism.”

The comments are quite interesting, given the increasingly blurred lines between journalists and bloggers these days. This is a subject we’ve talked about in the past. There are plenty of “bloggers” doing just as much (if not more in some cases) investigative reporting than some of the so-called journalists out there. In many cases, it’s getting tougher and tougher to distinguish. If you’re looking at credentials/degrees, that’s one thing, but it’s not necessarily indicative of the quality of reporting.

While many of the Huffington Posts’s “journalist” freelancers will no doubt be enthusiastic about the opportunity, I’m guessing some of the “bloggers” won’t be quite as thrilled.

Either way, the move does seem to show a commitment to high quality journalism, even if the theories behind the move are a bit skewed. On the other hand, the Huffington Post seems to be pretty good at what it does.

Financial analysts seem pretty high on the AOL way these days as well.