Ken Lerer is not wasting any time.  Less than a month after selling The Huffington Post to AOL for $315 million, he has busied himself with a new digital media start-up.

His new company is called Bedrocket Properties, and Lerer is starting with the help of Brian Bedol, founder of Classic Sports Networks and College Sports Television.  Bedol grew the two successful networks before selling them to ESPN and CBS, respectively.  He will serve as CEO.  Also on board is Patrick Keane, a former marketing exec with both Google and CBS.  He’ll be the president.  Lerer himself will be the chairman.

According to the Wall Street Journal’s All Things Digital, Lerer isn’t being too loquacious about his new venture:

Bedol and Lerer aren’t ready to go into detail about their plans, other than that they intend to build slates of programming – you could call them “channels”, if you like – that they can sell to distributors. And that they likely won’t have programming in front of viewers until the end of the year. They won’t discuss the amount they’ve invested in Bedrocket

You won’t get much more from the Bedrocket website, as the only thing displayed so far is this graphic: 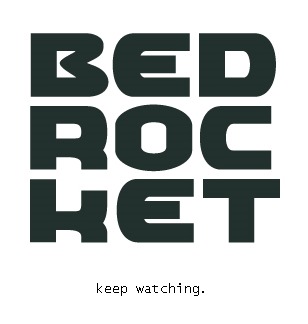 It’s obvious that the market for quality digital content will grow in the upcoming months as distributors call for it.  The line between web programming and traditional television is already much blurrier than it was a year ago and that division should continue to become more permeable.  Apple TV, Google TV and Netflix among others are beginning to demand original content.  Netflix has made the biggest splash so far in that regard, recently acquiring the Fincher-Spacey piloted “House of Cards” series.

The people behind Bedrocket sure seem to believe they are on the cusp of the next big thing.  Lerer says, “I think this is the next sweet spot.  The distribution is all built out. It just needs to be filled with content. It’s absolutely identical to cable in the 80s.”  Yes, the whole cable thing seemed to work out just fine.

“We’re at the beginning of a new paradigm, and you’re going to see a generation of really valuable content properties come out of this,” says Bedol to the WSJ.