The self described “King of all Media” wants his royalties.  On Tuesday Stern’s production company One Twelve Inc. and agent Don Buchwald were named plaintiffs in a lawsuit against Stern’s employer, Sirius XM satellite radio.  The lawsuit claims breach of contract and states that Sirius reneged on guaranteed stock bonuses for Stern based on successful performance.  Buchwald is also demanding his guaranteed consulting fee of 10% of One Twelve payments.

By October 2004, Howard Stern was already in the upper echelon of his profession.  The Howard Stern Show, broadcast in New York City, garnered 20 million listeners at its peak.  Stern was the first radio host to be number one in both NYC and Los Angeles simultaneously.  As the suit takes time to explain, nobody could argue against Howard Stern’s incredible popularity:

Howard Stern is a world renowned radio and entertainment personality.  Stern is a unique talent who is widely credited with revolutionizing talk radio.  His brand of free-wheeling discourse and reality programming is enormously popular and has made Stern into a household name.

The suit identifies Stern a a superstar – one who took an enormous risk by agreeing to take his widely popular show to an unproven satellite radio company.  At the time of the contract, Sirius only had 700,000 subscribers, a distant second behind industry leader at the time XM who had upwards of 2.5 million.

Sirius needed Stern more than Stern needed Sirius. Stern was unsure if he wanted to continue in radio. He was under pressure to perform, keeping a grueling schedule that required getting up at 4 am., and was seriously thinking of retiring. Moving to satellite radio, and especially to Sirius, was a significant risk for Stern. Stern and Buchwald wanted assurances that if Stern made Sirius a success, they would share in that success. 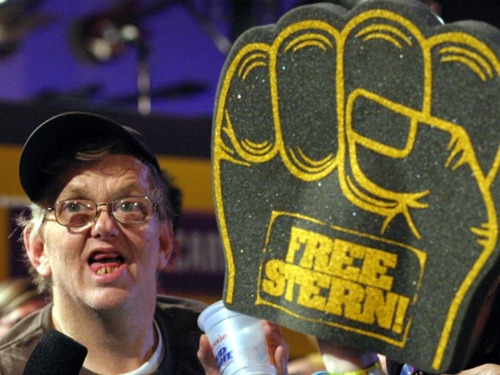 In order to tempt Stern to come on board, Sirius drew up a plan that involved a series of escalating stock awards, payable to Stern’s production company One Twelve if Stern himself attracted 2 million new subscribers or if Sirius exceeded their own yearly estimates for subscribers by more than 2 million.

In addition, for each additional 2 million subscribers per year, Stern was to receive stock bonuses.  Those subscribers had to either be directly attributed to Stern or simply be total users above Sirius’ own projections.  The bonuses were to be paid for increases in subscriptions in multiples of 2 million, capping at 10 million.  In lawyer speak:

Sirius was required to pay One Twelve a second performance-based stock award if the Agreement remained in effect and, on or before December 31, 2010, either (i) Sirius had acquired a total number of 4 million or more HS-Generated Subscribers or (ii) the total number of Sirius subscribers at the end of any calendar year exceeded the “Siri Internal Estimate” year-end subscriber target for such year by more than 4 million subscribers.

And so on and so forth, up 10 million subscribers each year.  The lawsuit quotes Sirius as justifying the stock bonuses by drawing on the overwhelming good Stern would do for the company.

Sirius acknowledged that it was “obligated to make substantial stock-based incentive payments under the agreement if [it] significantly exceed[ed] agreed upon year-end subscriber targets during the term of the agreement.” But Sirius stated that any such payments would be more than offset because its “agreement with Stem [would] have material positive benefit to [its] business, including a positive impact on consumer awareness, average revenue per subscriber, churn and partner relations.” 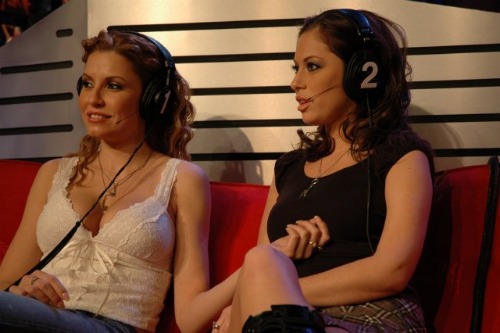 Well, it seems as though Stern did his part in drumming up subscribers.  Before he even went on the air in 2006, Sirius had nearly 3 million more listeners waiting for his arrival.  By the end of 2006, Sirius had gained nearly another 3 million listeners, having more than 6 million total.  They promptly paid Stern his bonuses.  It wasn’t until Sirius acquired XM in a merger in 2008 that things began to go off the rails a bit.

The acquisition of XM caused a enormous leap in Sirius’ subscriber numbers. Here are the statistics the lawsuit throws at us:

According to the agreement quoted previously, it seems as though Stern earned his bonuses, by an incredible margin.  Sirius feels differently, as explained in the suit.  As Stern was re-negotiating his contract in 2010, he was also asking about his bonuses.  When pestered enough about them, Sirius’ lead counsel told Stern that subscribers on the XM platform didn’t count towards that total number of Sirius subscribers mark that he was shooting for.

The lawsuit argues two major points in the contention of the above claim.  First, it argues that without Stern, Sirius never would have been able to acquire XM.  It was his popularity, they say, that even put Sirius on the map and made them a competitor in the satellite radio world.  The subscriber growth numbers seem to support that conclusion, as they are staggering.  Second, the suit argues that the original agreement differentiates between Howard Stern specific generated subscribers and total subscribers over the yearly projections.  Even if all those subscribers couldn’t be directly attributed to Stern himself, Sirius’ total subscribers obviously beat their yearly projections at least 2 million – 8 million in 2010.

The suits’ closing argument, per say:

In 2004, when Sirius desperately needed Stern to make its business viable, it induced him to move to Sirius by offering him a chance to share in the success of the company.  Now that Stern has put the company on the map, brought in millions of subscribers, and helped it conquer its chief rival, Sirius has unilaterally decided that Stern has been paid enough. The amounts owed to One Twelve and Buchwald represent a fraction of the revenues that Stern enabled Sirius to achieve, yet Sirius refuses to honor its commitments to him and Buchwald.

And so ends a straightforward and quite reader-friendly brief. Howard Stern has been an enormous draw for Sirius XM, however, is he solely responsible for their early success that allowed them to grow and acquire more market share?  That’s debatable.  Stern’s argument looks pretty strong to this writer, however we have yet to hear Sirius’ defense.  All we know is that Sirius says it is “surprised and disappointed” according to Reuters.  Last time Stern had beef with his bosses, he turned it into the film Private Parts and only boosted his notoriety.  Could another ongoing struggle with his employer bring even more listeners to Stern?

P2P Music Sharing on the Decline?