If you aren’t familiar with Reddit, your first visit to the website may feel a bit intimidating. Not only does it have the appearance of an old-school forum dating back from the early 2000s, but it also has a reputation for having users who don’t take kindly to blatant self-promoters. But dismissing Reddit as a vialble traffic source would be a mistake. For one, the site is not as intimidating as it looks, and it also boasts a massive online community with more than 330 million monthly active users. And according to Alexa.com, Reddit ranks as the #20 most-visited website in 2018. That’s a lot of eyeballs and potential traffic for your site.

The site also has countless subcategories called “subreddits.” Whatever your business niche is, chances are it’s on Reddit. As such, Reddit can be a powerful source for driving traffic to your website once you understand how the site works and how to use it without provoking the ire of staunch Redditors. 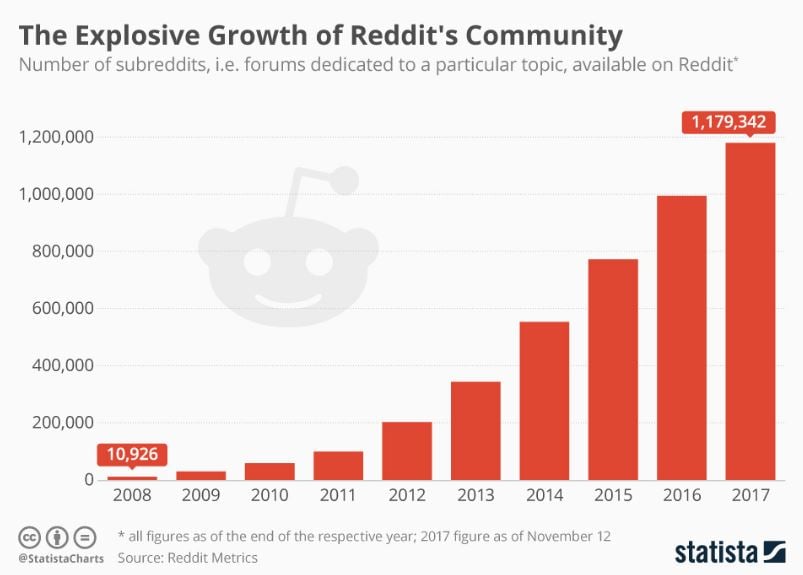 Reddit is a social news website and discussion forum wherein content is curated and promoted by the site members themselves. It’s a place to explore, share, and discuss literally anything and everything. There are forums for eCommerce, marketing, small business, and even more mundane topics like trout fishing and board games.

The site is comprised of millions of communities called “subreddits.” Each subreddit starts with /r/. For example, /r/boardgames is a community of people who love and discuss board games.

The front page or homepage shows the different trending posts taken from the subreddits. A button on the upper left sorts the posts by category, whether they’re hot, controversial, or new. There’s also a search bar at the top where you can find the subreddits and posts for a specific topic.

Anyone with a Reddit profile can create a subreddit as long as it follows the site’s ground rules. Every post has up and down arrows, and users click on them to upvote or downvote. The number of votes determines the post’s visibility.

The site is ruled by administrators and managed by moderators. Both have the power to edit subreddits, monitor and remove posts, or ban users.

3 Ways to Use Reddit to Get More Sales and Traffic

The important thing to remember about Reddit is that it’s a community, and its members hate blatant attempts at advertising. But there are ways to access this huge community to generate more traffic and boost your sales.

One of the main reasons people go to Reddit is to ask questions and get information. Companies can use Redditors’ need for answers by asking questions that will help you understand your target demographic. If you run a startup or small business, you could ask Redditors their opinion on how to further market your product. The answers you receive could give you vital information regarding prospective customers and also gave you new marketing ideas. Meanwhile, Reddit users will become more aware of your product.

2. Engage Other Redditors in Conversation.

Interaction is important on Reddit. It’s considered bad form if you just post a question or comment and then ignore the ensuing comments. A better strategy would be to stick around, thank members for their answers and engage in a conversation. This give and take will generate a lot of attention for your account.

Another reason people go to Reddit is to be entertained. Posting an amusing or entertaining ad or comment can build brand awareness, improve your image, and build customer loyalty. IKEA made history with its ad for a free crib for babies born nine months from Valentine’s Day. The company technically wasn’t selling any product but the post received two million views and had more than a thousand comments.

Reddit’s marketing potential is unmatched, as long as you know how to tap this market. Subtlety is the keyword when dealing with this site. Companies should avoid blatantly advertising their product and instead use Redditors’ desire for information and entertainment to their advantage.

SAP CEO on Qualtrics Deal: A Global Growth Juggernaut in the Cloud