Bloomberg has published a fascinating interview with Paul Ceglia, the guy who is currently suing Facebook, claiming that he owns 84% of the company. For more background on the story, go here.

Ceglia tells Bloomberg that he had wouldn’t have even remembered the alleged contract that Facebook CEO Mark Zuckerberg is supposed to have signed, had he not been arrested and looked through some old files.

"If this thing hadn’t happened the way it happened, no way I would have ever started looking through these ancient folders," said Ceglia. "That contract would just be sitting in there gathering dust."

Facebook has already dismissed the contract as fake, calling the lawsuit "frivolous, if not outright fraudulent." 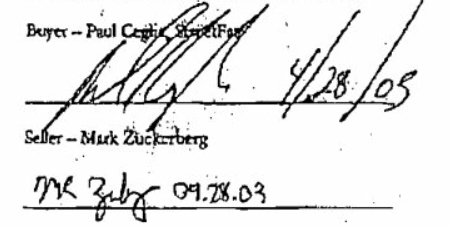 While Facebook’s lawyers have said that Zuckerberg did sign some kind of contract, they maintain that it was not one that would give Ceglia interest in Facebook. Ceglia also claims that he and Zuckerberg had exchanged emails for over a year.

"King of Bing Maps" Soon To Be Determined