Groupon is looking to expand beyond their current one-deal-per-day model by offering local deals throughout the day. Groupon Now has just launched in Chicago, and will come to more cities in time.

Using either the website or a mobile app, customers can find up-to-the-minute deals in their current location. Most deals that pop up throughout the day will only be valid for a short period of time and have a limited quantity.

Even though businesses can limit the amount of customers that are allowed to purchase each deal, unlike the daily deal model there is no minimum number of purchasers required to active the NOW deals. If a customer purchases a NOW deal and it expires, they can still redeem it as a gift certificate for the purchase price. 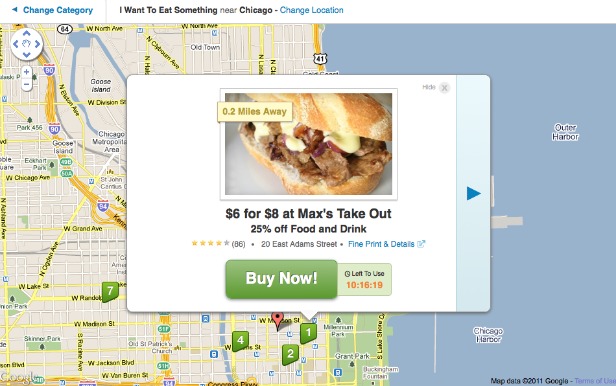 For merchants, Groupon NOW could be an opportunity to attract customers during slow periods as well as make use of the “limited time offer” style of the deals. Businesses can set small deals that are only available for the first few buyers and expire within hours. This could create buzz through the “exclusivity factor.”

Businesses can set deals to repeat daily, creating their own personalized happy hours of sorts. A local record store could run something like “Half off 80’s vinyl every day from 4 to 7.” 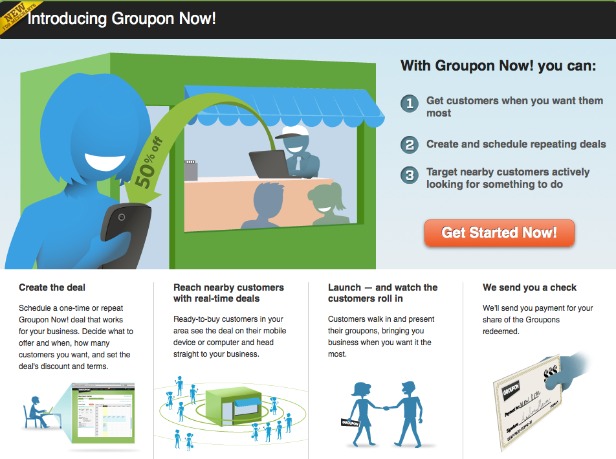 Basically, Groupon Now looks to make deals feel even more immediate that their previous model. What do you think about it? As a customer or as a merchant, are you excited to see this come to your city?

3 Questions for Ask CEO Doug Leeds (And His Answers)