Greplin Reportedly About to Open Up to the Public

We’ve written about Greplin a couple of times – once after the service launched, and again last week, when the company sent users an email with some new updates. If you’re unfamiliar with the service, the best way to describe it is truly personalized search.

You give Greplin access to your various accounts across services like Facebook, Twitter, LinkedIn, Gmail, and others (with many more to come), and you can perform a search and get results back from these various services. If, for example, I search for "mexican food", and I am friends with people on Facebook or follow people on Twitter who have mentioned "mexican food", it will return these updates in the results. If I had a conversation with my wife about some restaurant a while back, but can’t remember the name of it, I may find that as well. 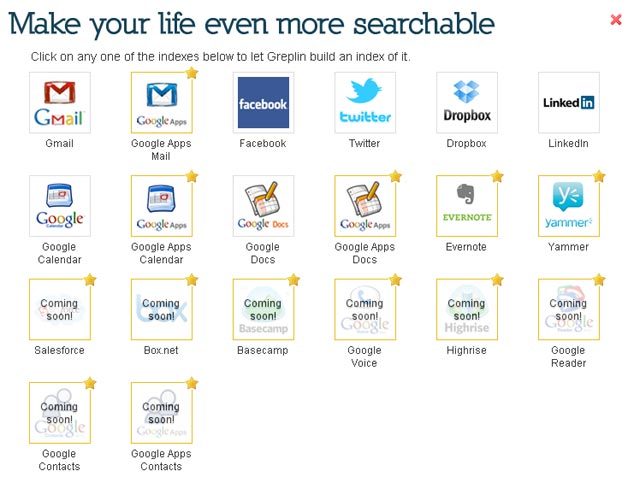 While not perfect, Greplin has some interesting things going for it (you have to pay if you want to access larger amounts of data). According to Michael Arrington at TechCrunch, Greplin has now raised a new $4 million from Sequoia Capital.

"What I don’t get is why Google, or someone, hasn’t done this before," he says. "It’s a no-brainer way to get in front of the social parade, and Google should have been on top of this. One reason why they haven’t may be that Greplin needs unprecedented access to the services it indexes. And it may be unlikely that Google could hope to be digging that deep into Facebook, for example. This may be one service that just has to be done by a small startup that can play off all the politics involved. And once they’re big enough, it’ll be too late to stop them."

There’s no question that Greplin could be an even more useful service if it was simply integrated with regular search results, similar to how Google already displays its own social results. I previously suggested that Google (or another company – like Microsoft) might look to acquire Greplin, but I think much of what Greplin does, Google could achieve on its own.

Google could certainly sprinkle in the results from across its own services (Gmail, Docs, Reader, Buzz, etc.), and with the recent acquisition of fflick, could just as easily sprinkle in the Twitter element. Of course without the Facebook element, the results could never be as good as they could be with it, and those politics would seem to be the biggest hurdle in tha regard.

Wait a minute, isn’t it supposed to be all about the user experience?

Greplin has been in closed beta, but according to Arrington, it’s about to open up tot he public within the next few days. It will be interesting to see how (and if) the public reacts.