The interwebs have not taken too kindly to the Green Lantern since its trailer hit last year. Many fans don’t particularly like Ryan Reynolds’ costume or Ryan Reynolds’ presence in the film for that matter. Many feel as though, in a long line a superhero movies to come out in the last few years, this one looks like the most CGI gratuitous of them all. Others just feel that is might just be too derivative.

Today, Warner Bros has released its new trailer for the film on YouTube, saying “Watch the trailer for Green Lantern in 2D before seeing it in 3D!” I wonder how the film will do in its 3D incarnation, especially after Pirates of the Caribbean 4’s 3D version didn’t fare too well its opening week.

The new trailer itself is likely to please those who are excited about the June 17th release and will probably do little to assuage the fears of those who think it might not turn out so well. Check it out below:

Twitter sure isn’t convinced that the film is going to succeed, either quality wise or monetarily. Here are today’s top tweets about the film after the trailer was released:

7 hours ago via Twitter for iPhone · powered by @socialditto

@Filmdrunk
Vince ManciniGreen Lantern involves having your entire existence validated by a ring, so girls should love it. http://is.gd/AxDwqY

4 hours ago via Tweetie for Mac · powered by @socialditto

3 hours ago via Twitter for BlackBerry® · powered by @socialditto

And then there’s this, tweeted by Warner Bros Pictures Canada: 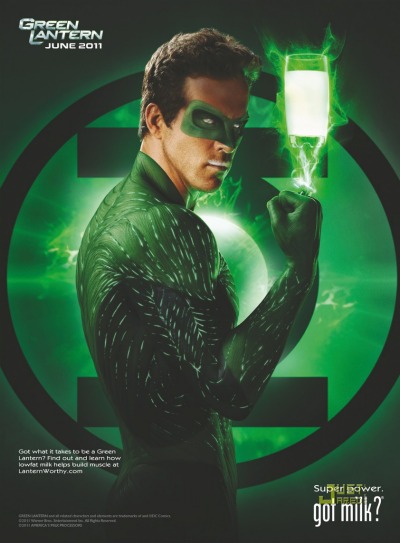 I’ll see it for sure, with high hopes that people are wrong. What do you think? Worthy superhero flick or derivative CGI mess?

New Samsung Galaxy Tab Is On The Way

May 25, 2011
Recent Posts
Registration is disabled.