Earlier this month, Gowalla made a splash at SXSW in Austin, seeing all sorts of check-ins and earning the conference’s top award in the mobile category.  Now (although there probably isn’t a true cause and effect), the company’s going to press that advantage by opening an office in the UK.

Gowalla CEO Josh Williams spilled the news onstage today at the GeeknRolla conference in London.  Martin Bryant reported, “Williams discussed how, with user numbers now in excess of one million, 45% of the company’s growth is outside US – particularly Europe and the Middle East.  Looking to support and fuel this, ‘four or five’ members of staff would be based here.”

That’s an interesting move.  As we suggested after Foursquare announced it might open an office in the UK, it shows that Gowalla’s been successful enough in its home market to branch out and has some spare cash. 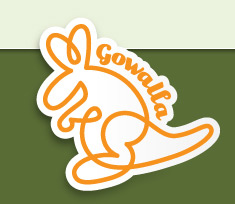 It of course also shows that Gowalla is willing to go head-to-head with both Foursquare and Facebook Places.  (Consider that Facebook’s quite dominant in the UK, even beating Google in terms of visits on Christmas Day.)

Anyway, Bryant continued, “Williams discussed the company’s plans to move beyond check-ins and ‘gamification’ to become a social travel guide that works like ‘Lonely Planet written by your friends.’  Looking to provide the best user experience for ‘Sharing the world around you,’ Williams explained how the company has turned down offers from potential business partners, preferring to concentrate on travel-related businesses with ‘great locations.'”

One last note: there’s no word yet on when Gowalla’s new office will open or where exactly it might be located.