Very interesting article from Billboard today. Apparently Google is circulating a proposal among major record labels regarding forthcoming music service. The proposal provides clues as to what we can likely expect.

Billboard’s Ed Christman says the service would include an a la carte digital download store, as well as a subscription-based cloud-based locker. He cites "industry sources", reporting:

The search giant has proposed charging consumers about $25 a year to store songs in the locker, from which they could access their music on an Internet-connected device by either streaming or downloading. Google’s download store would operate like a conventional digital retailer, giving the consumers the ability to purchase individual tracks and digital albums. 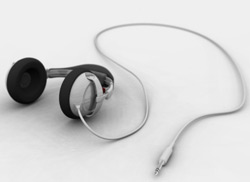 But Google locker subscribers would have the additional option of having their purchases transferred directly to their cloud-based account. And the company is seeking the right to provide each customer with the ability to listen to a full-track stream of every song once — as Lala.com did before it was acquired in December by Apple — after which the customer would be limited to a 30-second sample of that song.

Obviously such a service would be a direct competitor to Apple’s iTunes, adding to the list of product with which the two companies are already competing. In fact, it would likely even compete with the new iTunes feature, Ping. The proposal reportedly includes social networking features, including the ability to send playlists to friends. This would be no surprise, as other reports indicate Google is looking to add social layers to various core products (which appears to be what the whole "Google Me" project entails).

A music service from Google has been expected for quite some time, but little has been known about the details of how it would work. We can’t exactly call this a confirmation of what the final product will be, but it certainly appears to shed some light on the strategy Google is trying to carry out. They still have to jump through the licensing hoops and all of that fun stuff.

Would you pay $25 a year for such a service? Let us know.