Yesterday, unofficial news came out that Google had acquired fflick, which is a site that lets you log in with your Twitter account and see what your friends have said about movies. Today came the official announcement, and while it didn’t provide any financial details, word is that the price was about $10 million.

Messing around with fflick for a few minutes, it was easy to envision the product being integrated into Google’s social search offerings, and possibly its recently launched Hotpot, especially considering that movies were said to be only the first vertical used by fflick. In other words, why not do this with local businesses, or any other kind of product or brand?

While this isn’t necessarily out of the question, Google’s announcement today came via the YouTube blog. fflick is becoming part of YouTube. Didn’t see that coming. 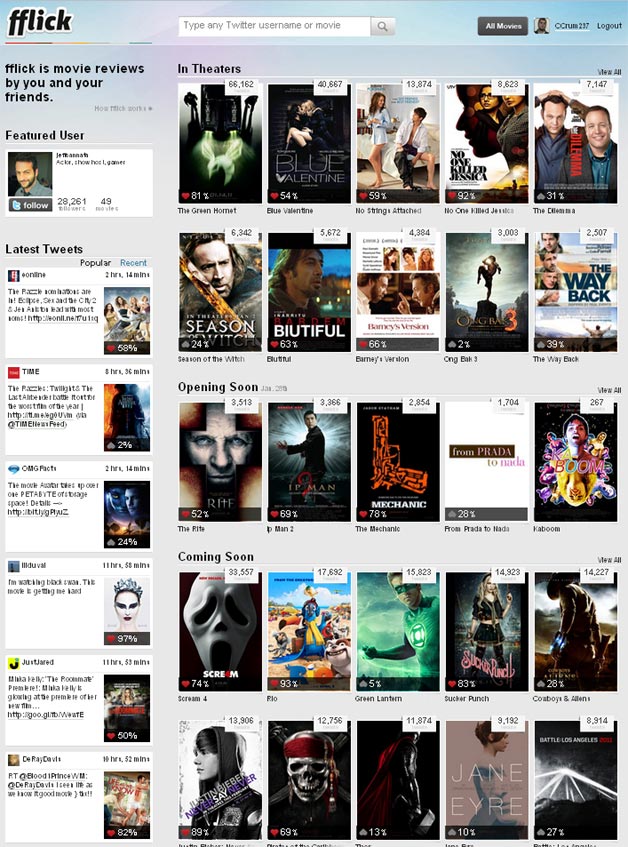 With the fflick team, Google says it will build features to connect YouTube uses with videos talked about all over the web, and to "surface the best of those conversations for you to participate in."

I guess that makes sense too.

"Many of the YouTube videos you watch and love are also shared on sites beyond YouTube.com," says YouTube Group Product Manager Shiva Rajaraman. "Our site is built, in part, on social tools like comments, video responses and ratings. In recent years we’ve worked to integrate these social signals across other popular social platforms. For example, we see more than 400 tweets per minute containing a YouTube link, and over 150 years worth of YouTube video is watched on Facebook every day."

"We’ve always believed that there are great conversations happening all the time off of YouTube.com, and that commentary has the potential to enrich your experience when watching and discovering video on YouTube itself," adds Rajaraman.

Now, Google has been talking about adding a social layer across many of its products, and this would seemingly fit that bill. Let’s not forget that while Google is often criticized for its social media efforts, it does own YouTube. With YouTube being the company’s greatest social asset, it would still not be surprising to see some of this stuff turning up in Google search results.