We’ve covered the topic of Google’s latest update, and tried to raise important questions regarding the implications of the update. What do the experts in the field of SEO have to say regarding this update?

There’s one specific aspect of this topic that many experts have been questioning, and it’s whether or not Google is being hypocritical in regards to their latest algorithm changes penalizing sites with too many ads above the fold.

Danny Sullivan, of Searchengineland, went in-depth into this and looked at a couple of results pages which featured a good amount of ads above the fold. I thought his analysis was very interesting, According to Danny, Google also released a statement in regards to the criticisms they received involving their own ads…

This is a site-based algorithm that looks at all the pages across an entire site in aggregate. Although it’s possible to find a few searches on Google that trigger many ads, it’s vastly more common to have no ads or few ads on a page.

Again, this algorithm change is designed to demote sites that make it difficult for a user to get to the content and offer a bad user experience.

Having an ad above-the-fold doesn’t imply that you’re affected by this change. It’s that excessive behavior that we’re working to avoid for our users.

Many of the users on WebProWorld had interesting input regarding the subject.

One of our users provided this image, asking the question – So, I fully expect Google to penalize itself now. *chuckle* 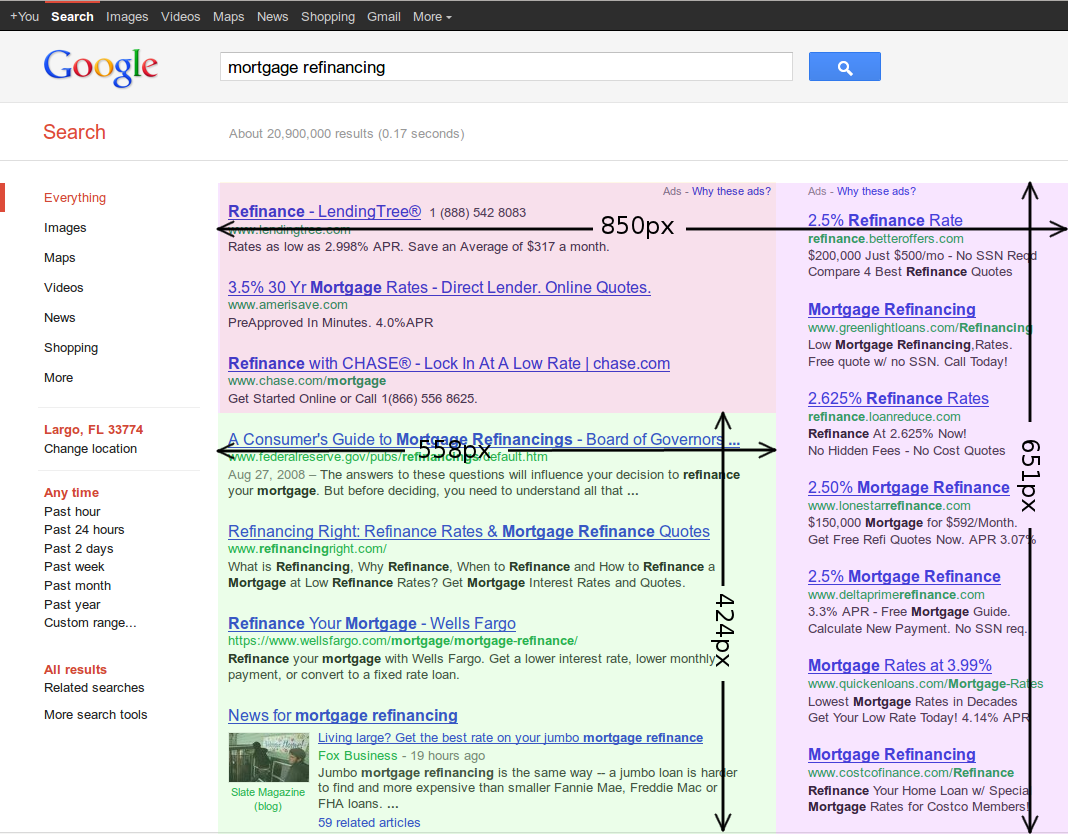 Many responses have been in support of Google. Jeff Dishman, a Google employee said this of the ads presented on results pages, in a conversation involving the subject on Sullivan’s Google+ post.

when the post says “sites that don’t have much content “above-the-fold” can be affected by this change”, you can consider the ads at the top of a Google search to be “content”. It all comes down to relevancy; if someone is searching for credit cards, those ads at the top are likely to be something they are interested in. Also, the fact that this change will affect less than 1% of searches means that it’s targeted at sites that blatantly throw a ton of ads (where they are not relevant at all) at you in a way that will drive people away.

I know this probably won’t do anything to change the way you feel about this, but thought it was worth saying. *Disclaimer* – these are my views, and are not necessarily the views of my employer.

Another interesting aspect of this is how Google Adsense tells users that ads above the fold tend to do better. Providing users a chart of “hotter” areas to place ads. 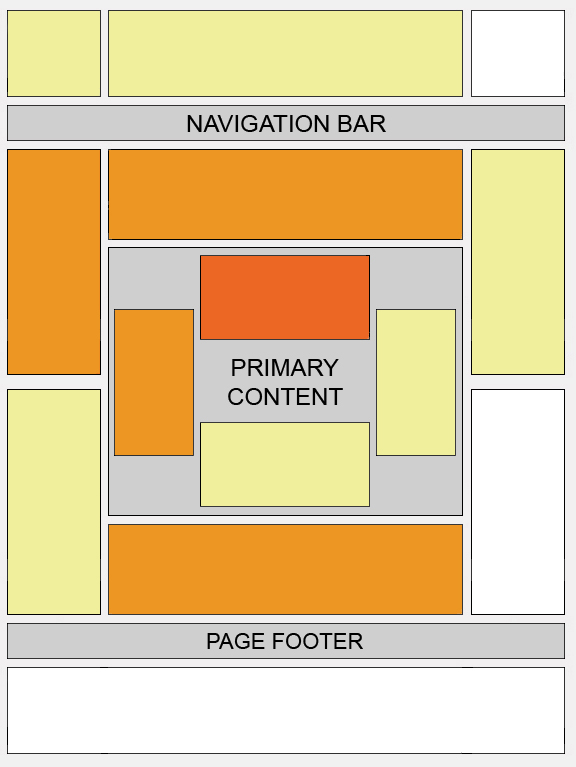 To be fair, they also say Adsense users should place visitors first when determining ad placement and quantity.

Another WebProWorld user had an interesting take on the battle between Google’s ad network and improving their results page:

I nearly found myself in total despair of finding the correct word that describes googles arm wresting with itself. (left hand battling the right)

The right word may possibly a derivation of the word dyslexic
(dys·lex·i·a (d s-l k s – ). n. A learning disorder marked by impairment of the ability to recognize and comprehend written words.)

I like – dysgooglic (dys-goog-lic. A self inflicted disorder marked by a total impairment of any understanding of things it already understands.

or ‘Dysglooglic’ – biting your own balls syndrome.

It seems the consensus is that Google isn’t necessarily doing anything wrong with their algorithm update, in fact it’s a benefit to users. However, the lack of details regarding the changes along with their strategies given to Adsense users certainly provides plenty of questions.

Megaupload To Department of Justice: We Will Fight This