Along with seeing the exterior of archaeological sites like the Imperial Forum and the Colosseum in Rome, Street View has added interior views of those landmarks as well. 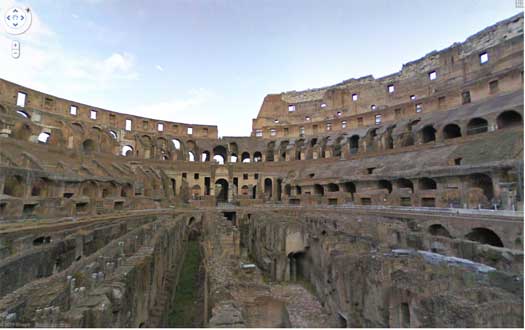 The Google Blog offers more details. “In few clicks you can navigate through centuries of history. Start at the birthplace of Rome, the Palatine Hill, where the mythical founders of the city, Romulus and Remus were found and saved by a she-wolf, and where the most ancient buildings of the city are located.”

“Follow the Appian Way, a little path that became one of the most strategically important roads of ancient Rome. After the long walk, experience the splendor of Imperial Rome at the Thermae (Baths) of Diocletian—ancient wellness and cultural centers with 33 acres of pools, gymnasiums and public libraries.”

How Placecast Takes Geo-Fencing to the Next Level