Google is sharing some research it conducted about foot traffic patterns in stores across the United States during Black Friday last year. The company says it uncovered some “surprising” findings that should help businesses better connect with shoppers in and near their stores.

“Contrary to the notion that most people head to stores in the morning, we found that Black Friday store traffic tends to peak in the afternoon, typically between 2-4 pm,” says Elizabeth Fabiani, Product Marketing Manager, Google Shopping. “Additionally, since some stores now open on Thanksgiving Day, we also saw an increase in foot traffic on Thursday evening. In fact, department stores now see their peak traffic on Thanksgiving evening between 6-7pm.” 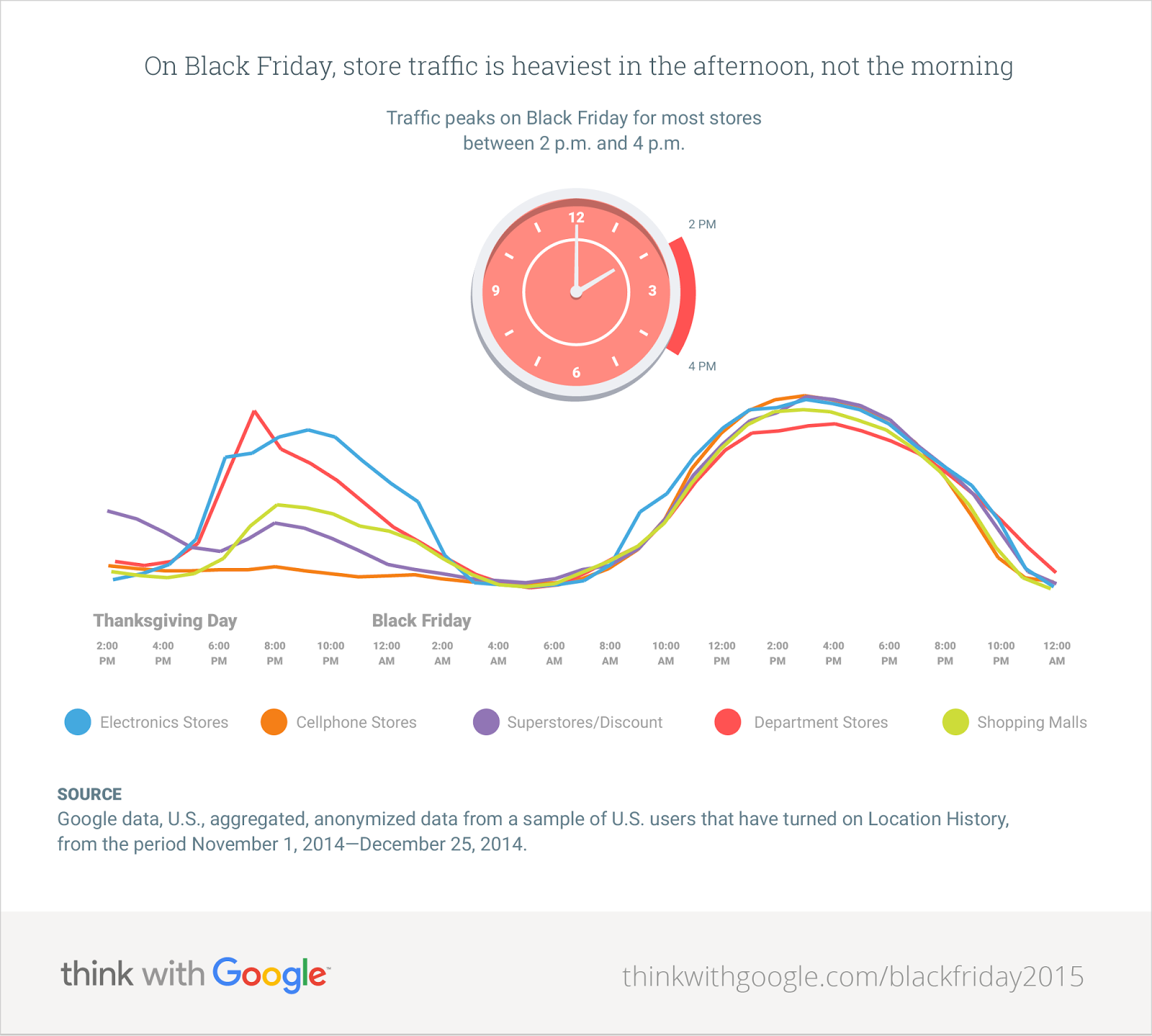 Google recommends allocating enough budget across campaigns to support the increase in traffic as shoppers to to stores. They say to consider increasing mobile bids during the afternoon when foot traffic is highest and using the mobile bid adjustment simulator tool to size the mobile opportunity and adjust bids.

“For categories like electronics and cellphone stores, it should come as no surprise that Black Friday drives more foot traffic compared to any other weekend during the holiday season; in fact, store traffic is 2x higher in electronics stores and 1.6x higher in cellphone stores on Black Friday,” says Fabiani. “However, there are many stores that don’t see their biggest crowds on Black Friday. Shopping malls, superstores & discount stores, and department stores have the highest store traffic on the Saturday before Christmas, while dollar stores have the most foot traffic on Christmas Eve — perhaps due to last minute stocking stuffers.” 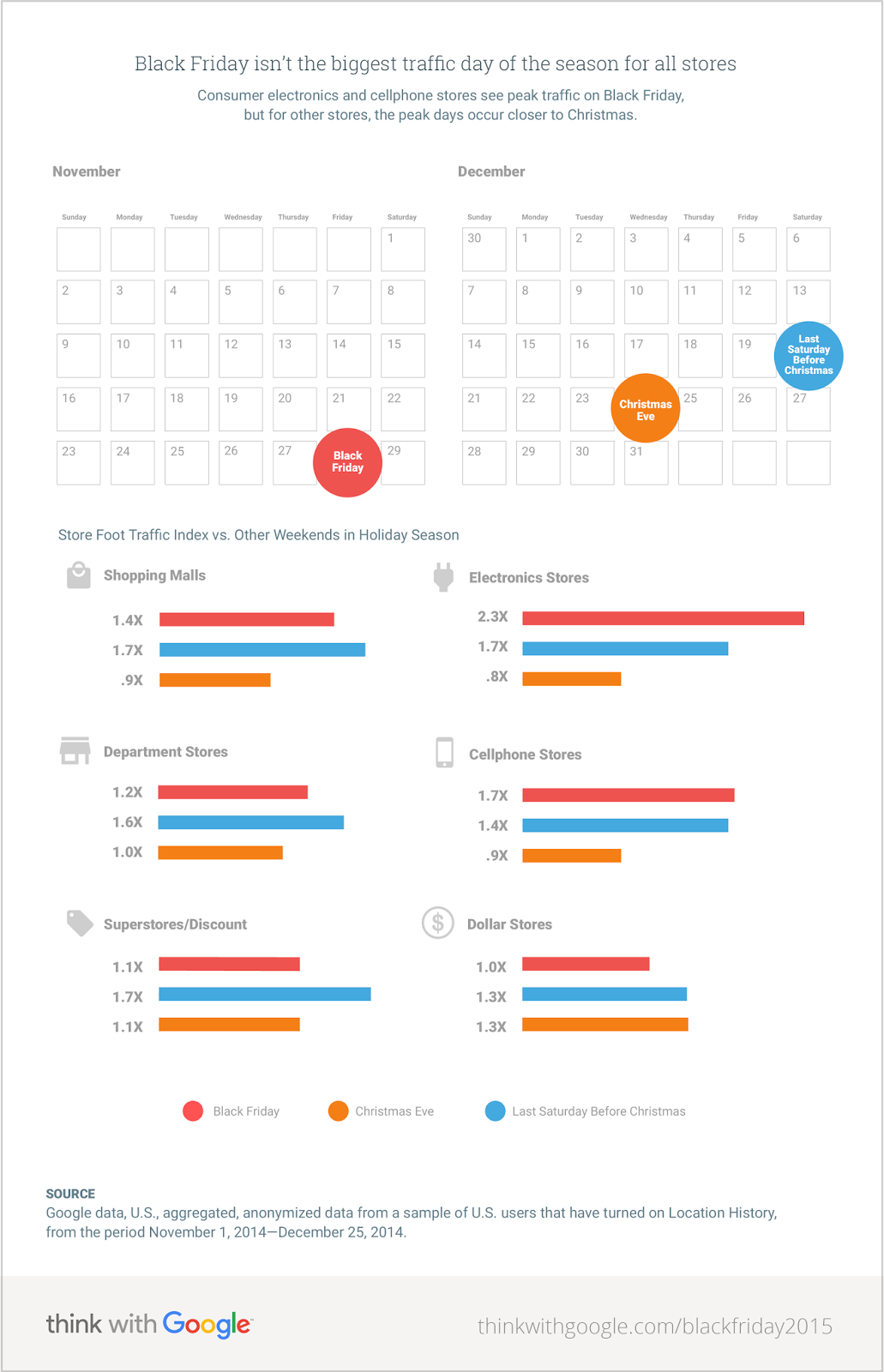 Google suggests using location extension targeting to get shoppers who are close to your store to visit and adding this to local inventory ads.

Google has a Holiday Shopping Readiness guide you may want to refer to for more best practices. They also recently put out some helpful videos about using Google Shopping for the holidays.

Blake Shelton Gets "Love" Shoutout From Gwen, Shocks Everyone