A court in Argentina granted an injunction filed by Argentinian Jewish organization DAIA to have Google block certain sites from its search suggestions in its Argentina search engine. The organization has deemed the sites to be anti-Semitic and offensive, and the court evidently agrees.

CNN is reporting that Google is not changing anything until it gets an official order from the court.

“The common denominator on these sites is the incitement of hate and the call to violence,” DAIA is quoted as saying. “In none of these cases are there discussions or criticisms from the academic, technological, political or philosophical perspectives.”

“If you recently used Google to search for the word ‘Jew,’ you may have seen results that were very disturbing. We assure you that the views expressed by the sites in your results are not in any way endorsed by Google.”

“Although Google reserves the right to address such requests individually, Google views the comprehensiveness of our search results as an extremely important priority. Accordingly, we do not remove a page from our search results simply because its content is unpopular or because we receive complaints concerning it.”

According to CNN’s report, Argentina has the largest Jewish population in Latin America. A report from comScore came out earlier this week looking at Google’s search market share in Latin America. Of the six markets the firm measured, Argentina had the lowest percentage of Google users at 89.4% (still pretty high). 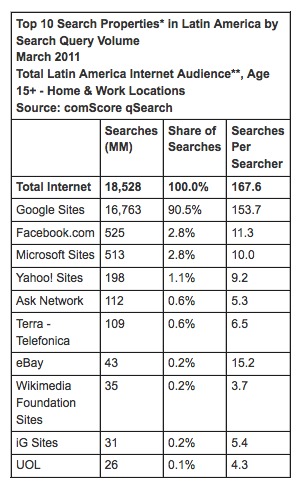 This is certainly not the first time Google’s search suggestions have generated some controversy. One example that comes to mind was about a year and a half ago when Alex Wilhelm at TheNextWeb discovered an interesting behavior in Google Suggest involving religion. With most major religions, you would get suggestions from Google when you typed queries like “christianity is” or “judaism is”. Google was not, however, showing any suggestions for “Islam is”.

Not long after the story made the rounds, Google started showing suggestions for the query. The top suggestions were then “islam is bullshit,” “islam is false,” “islam is not a religion,” and “islam is a lie”. 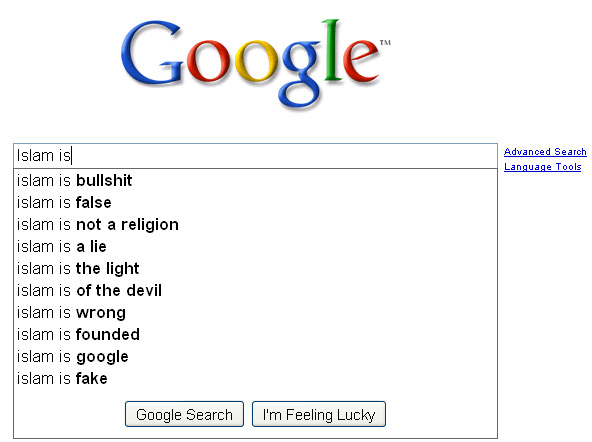 Testing it today, the top one is “islam is” followed by “islam is evil”.

Testing the query “jew” from here, I am seeing “jewish,” “jewel,” and “jewish hospital”. It’s worth noting that suggestions (at least here in the U.S.) take location into account too.

May 19, 2011
Recent Posts
Registration is disabled.