Google has released a new "compose" interface for its Gmail web interface for the iPad.  Users now get a big full screen compose window, as opposed to a split screen with the inbox and compose views.

"More text is visible at once and there are no more distractions with messages on the side. We’ve also fixed problems that prevented scrolling on long messages," says Google Mobile software engineer Craig Wilkinson. 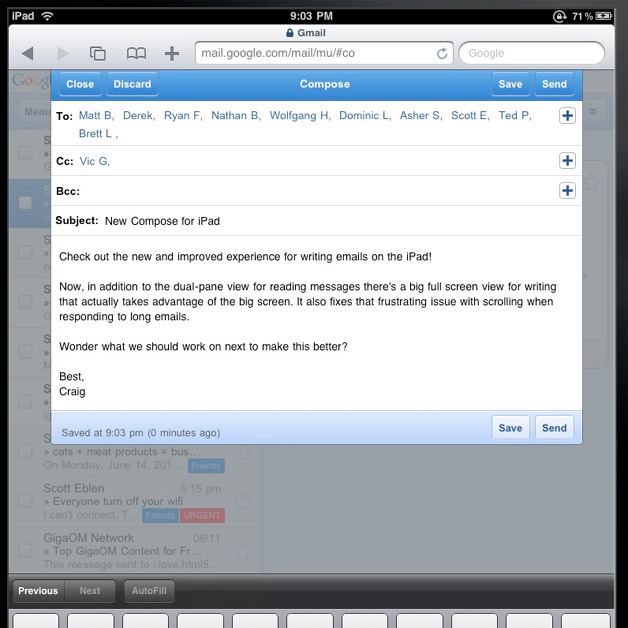 For now, the interface is only available in US English, but that will no doubt change in time.

Google says it is continuing to experiment with the large touchscreen interface and tablet form factor. This will become more important as more iPad-like devices hit the market.

Today’s announcement was part of a new series from Google called the Iterative Web App in which the company will continue to release features for Gmail for Mobile, so be on the look out for more.