For Google, the web is about people, and we’re working to develop open, transparent and interesting (and fun!) ways to allow our users to take full advantage of how technology can bring them closer to friends and family and provide useful information just for them.

Slide has already created compelling social experiences for tens of millions of people across many platforms, and we’ve already built strong social elements into products like Gmail, Docs, Blogger, Picasa and YouTube. As the Slide team joins Google, we’ll be investing even more to make Google services socially aware and expand these capabilities for our users across the web.

The publication says the deal isn’t supposed to be announced until Friday, so I’m guessing we’ll have more details then.

Google buying a game company is not exactly a surprise. Last week, the Wall Street Journal reported that Google was in talks with three more game companies – Playdom, EA’s Playfish, and Zynga. 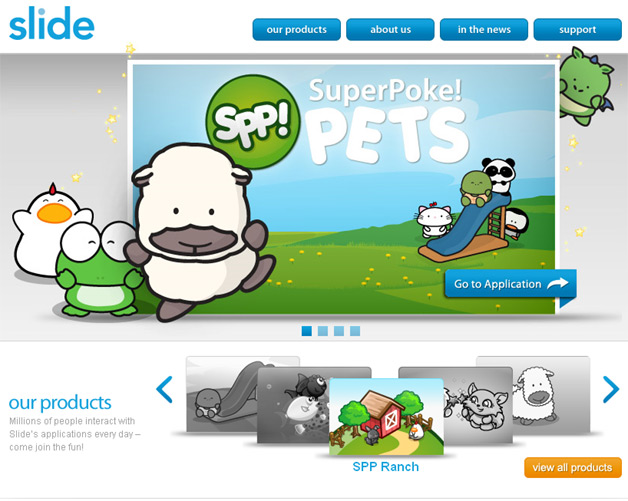 There has been a lot made of Google’s plans to take on Facebook in the social media space (beyond the company’s existing products), and games have been expected to be at least one part of the strategy. An acquisition like this would appear to confirm this, as Slide’s games are already present on Facebook.

It will be interesting to see just how far Google is going to take this gaming initiative – how many acquisitions in this space the company will make.

TechCrunch reported earlier that Google’s Vic Gundotra has taken the lead in Google’s social media strategy. I suspect that Android and Google TV will play heavily into the company’s plans – they are certainly a couple of weapons that Facebook doesn’t have.