Music lovers and sentimental types who have been hesitant to try out Chrome now have a somewhat compelling reason to do so.  Google, Arcade Fire, and director Chris Milk have teamed up to create an experience that combines one of the band’s new songs with images of the viewer’s childhood home and bits of video.

The project is titled "The Wilderness Downtown," and won’t run well (if at all) in browsers other than Chrome.  Viewers should consider closing other programs, too, as it’s rather processor-intensive. 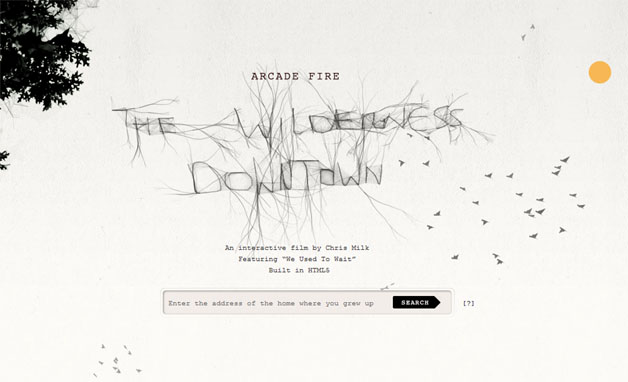 Otherwise, here’s as much information as seems possible to give without spoiling the experience.  A post on the Official Google Blog stated, "’The Wilderness Downtown’ takes you down memory lane through the streets you grew up in.  It’s set to Arcade Fire’s new song ‘We Used to Wait’ off their newly released album The Suburbs . . ."

Then the post continued, "The project was built with the latest web technologies and includes HTML5, Google Maps, an integrated drawing tool, as well as multiple browser windows that move around the screen."

All in all, this makes for a very interesting (and interactive) video.  And due to the personalized nature of it, people who might prefer to stick with Firefox or IE won’t get the full impact by just catching a recording someone else posted on YouTube.

The one thing to watch for is whether Google has enough imagery of your old home to flesh out the video as intended.