Google’s poised for another quantifiable growth spurt, this time in Japan.  Officials have confirmed that the search giant will be moving into a larger office space this year, joining Yahoo Japan, Ferrari Japan, and a number of other interesting companies in Mori Tower. 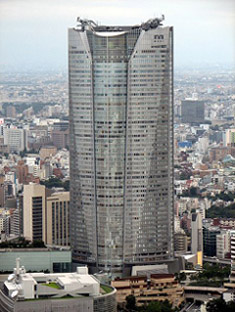 A Google representative and a Mori Building representative both confirmed the impending change to Tomoko Yamazaki and Yoshinori Eki.  The Google rep also indicated that this move will help Google accommodate additional employees.

Unfortunately, that’s about all the information the spokespeople shared; no further details regarding square footage, prices, or specific dates are available.

Still, more background info is out there.  For example: other Mori Tower tenants include Barclays Capital, Goldman Sachs, the Grand Hyatt Tokyo, Konami, and Salesforce.com, signaling that Google will be sharing a roof with a number of successful and well-regarded companies.

This means the relocation can’t be the start of another Googleplex, though, with the American organization building its own little city.

Then here’s one last idea: this development may relate to an undersea fiber optic cable that Google (along with several other corporations) paid to establish between the U.S. and Japan.

Apple Owners Show Most Interest In Buying An iPad