Months ahead of the actual wedding date, the marriage of Prince William and Kate Middleton has generated all sorts of media attention and page views, with people all over the world taking an interest.  And now Google’s right in the midst of it, as the search giant’s been picked to host the official Royal Wedding website.

The site’s live at www.officialroyalwedding2011.org, and at the bottom of every page, you’ll find the brief message, "Powered by Google App Engine, implemented by Accenture."  Google explained on the Europe Developer Blog that this "allows developers easily to build and host their web applications on Google’s own computing infrastructure.  It’s a great way to run apps quickly, more securely, and at scale, which makes it ideal for such an important national occasion." 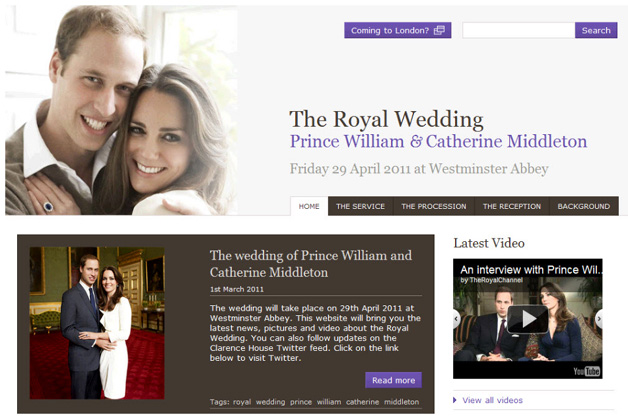 Anyway, it’s hard to imagine a higher honor for Google in relation to this event.  After all, every update pertaining to the wedding is now in the company’s virtual hands, and the Royal Wedding site promises that it’s the first place some highly sought-after information (including facts about Kate Middleton’s wedding dress) will be released.

A post on the site also indicated, "Subject to further planning work, the website may feature a live web stream broadcast of the wedding itself."  Traffic levels for such an occasion seem almost unimaginable.

We’re sure a whole lot of organizations in the UK and around the globe will now give more thought to using Google App Engine.