We’ve been talking with a lot of people who have had their sites impacted negatively by Google’s recent “Panda” algorithm update. Our thinking is that the more sides of the story we hear, the more webmasters and content producers will be able to learn from it. With that, we had a conversation with Paul Edmondson, CEO of HubPages, which made the list of the hardest-hit sites.

Have you gained additional insight into the Panda Update as time has progressed? Share in the comments.

HubPages, which launched in 2006 as a social content community for writers to write “magazine-like articles”,  pays 60% from the ad impressions to the writers. You may find how-to articles, not unlike those you would find at eHow, but also in a variety of other styles. Authors on HubPages publish nearly 3,000 “Hubs” a day, over 7,000 comments and thousands of questions and answers and forum posts, according to Edmondson. Last year, there were over 13,000 total incremental pieces of content a day, he said.

When directly asked if HubPages is a content farm, Edmondson told us, “Actually, HubPages is to articles what YouTube is to video. Like YouTube where enthusiasts post videos of their choice, our community write articles about whatever they wish and are passionate about. This covers a wide range of content from poetry to recipes, and pretty much everything in between. Writers choose what they write about, and they own their content.  In return, they stand behind the content, build readership and interact within the HubPages community.” 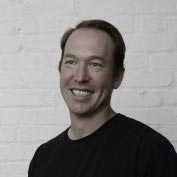 On where HubPages stands out compared to sites from Demand Media, Associated Content, and others, Edmondson said, “First, we think authors rule! We align our interests with our authors – and this is key to our long-term success. At HubPages, authors choose what they write about and they own the content they write.  We also share impressions with the author for as long as the content is published on HubPages.  Our incentives are aligned with the authors’ needs. At its core, HubPages is a passionate community of writers. The value that is created goes well beyond the revenue opportunity,” he said. “To have a truly healthy ecosystem, writers need social interaction, feedback and praise.  To this end, HubPages has offered the ability to fan authors – which turned out to be commonly known as ‘follow’ in 2006.  Some authors have thousands of followers for everything they publish.  We also developed an accolade system to give back positive feedback and encouragement.  When these items are combined, HubPages is revealed to be a very unique collection of people, with authentic voices, sharing their knowledge with the world.”

When asked how frequently HubPages articles rank among the top results for searches in Google,   Edmondson said,  “Some of our content ranks very high, and some isn’t in the index at all. We don’t have the data to answer this question for every piece of content and the potential search terms that a Hub could rank for in the search results.”

When asked if articles are written specifically for search, he said, “It’s up to our writers. We let them choose what they wish to write within our editorial policies. We offer tools and education for our users to become better online writers – this includes – among a vast array of things – best practices for search.”

“SEO has to be an important part of any publisher’s traffic sources,” he said. “We make SEO tools available to our writers, its up to them whether they want to use it or not. We are very sensitive around not abusing search engine practices and will take down articles that are obviously trying to game the system.”

We had a separate conversation with a HubPages writer, who for this article will just go by the name Chuck. He is a college economics instructor. Chuck tells us,  “HubPages is a very good site for earning money.  This has been both my experience as well as that of other writers on the site who have published Hubs on their earnings experience.”

Chuck says the freedom to write on whatever topics a writer wants to write about is one of the main things that makes HubPage attractive. “This not only allows writers, including me, to focus on topics that interest or excite us but also gives us freedom to explore new areas of writing.  I find that this freedom offers me an opportunity to challenge myself as well as the opportunity to broaden the range of my writing.  It also lets me test the money making potential of other areas outside my immediate area of interest and expertise.”

Chuck says the HubPages team is constantly updating the site by regularly giving writers new tools to work with. “These changes and updates also include continual updating of the look and feel of the site which keeps it fresh and new-looking for visitors,” he says. “HubPages has an excellent training area on the site which enables both new and existing users to learn how to use the various tools as well as allowing all of us to keep our skills current in other business aspects of the site.”

“The Professionalism and quality of the site attracts good writers which in turn attracts increasing numbers of viewers which benefits all of us,” he continues. “The HubPages team puts a strong emphasis on marketing which not only continually brings in new viewers and writers, but also enables the team to keep writers informed about current reading tastes and habits of visitors.”

“HubPages is also a good social networking site,” he adds. “ It offers the opportunity to meet and interact with others from around the world both through exchanges on Hubs as well as in the Forums.  In addition to learning from the writings of others and comments left on my Hubs and those of others that I read, I have met and been in direct contact with a few people both Hubbers and visitors which have resulted in some mutually beneficial exchanges of information.  These exchanges have included my receiving some photographs from fellow Hubber Ralph Deeds which I was able to use on 2 of my Hubs.  On my Hub about Mathew Juan I was contacted by a visitor who not only provided me with additional information for my research but I was also able to provide him with some information which he used to update his website.  I received a nice email from a local artist whose work I wrote about on my Hub about Public Art who requested permission to use my photos in his advertising.  I have had other, similar exchanges, on of which I am still following up on and which might lead to some paid writing assignments.”

Chuck says he’s never written for Demand Media, Associated Content, or Suite101 (all of which have seen some impact from the Panda update – some more than others). “However, I have done some writing for TheInfomine.com, MyGeoInfo.com, Xomba.com and SheToldMe.com,” Chuck says. “ Most of my writing on all of these have consisted of articles related to Hubs I have written (but not copies) with links back to my related Hub article. I have collected a few dollars in Google Adsense money from these but am reconsidering keeping my AdSense code on them as I believe it was Jimmy The Jock in his piece on Success Stories who said that he found he made more Adsense earnings by not having ads on outside sites as more of the readers then tended to go to his Hubs rather than wandering off to an ad on the other site.  His experience showed him that bringing the people to HubPages generated more ad clicks.”

Last week, HubPages launched a new ad platform. “Changing the long-held equation between advertisers and individual online writers, HubPages is launching its HubPages Ad Program that will give its writers access to the premium ad rates that so far have been restricted to giant publishers,” Edmondson said.  “This offering is the first time that any online writer will be able to access significant advertising revenues, as available via premium advertising networks and direct sales, while retaining all rights to their own content.Individual writers have always been considered too small to be worth advertiser attention and the agency model wasn’t built to work with millions of content producers. While the democratization of content has occurred, the earning power has not been available until now.  HubPages is leveraging its size and scale as a top 50 site (Quantcast) to negotiate better ad money on behalf of our writers.”

Edmondson addressed the Panda update on the HubPages blog recently, saying that they hadn’t seen it consistently drive traffic to better-quality Hubs. “On one hand, some of our best content has seen a drop in traffic; simultaneously, we have seen traffic rise on Hubs that are just as great,” he wrote. “We are taking this seriously — behind the scenes, we have been crunching data and focusing on making sure that we are doing everything right from our side. We have an editorial policy and internal system that rewards original useful content, and this aligns with what Google wants, too.”

“We have several internal quality metrics that make up HubScore and we have deeply analyzed things like content length, view duration, Hub Hopper ratings, and HubScore,’ he added. “These elements have been compared to changes in Google referrals, and again, based on the way we rate content quality, the fluctuation so far looks random at this stage of the update. We believe that a change of this size will take a settling-in period. We have reached out to Google and will continue to study the update.”

Like any other site that has user-generated content or a massive amount of articles, it stands to reason that there is a mix of both good and bad quality content on HubPages – not unlike YouTube. It’s how Google ranks the content in search results that ultimately matters to users of the search engine, which at this time accounts for the majority of Internet users. HubPages’ quality metrics are probably not identical to Google’s quality metrics, but it’s interesting that Endmondson thinks some of the site’s best content was negatively impacted. My guess is that HubPages is not alone in this.

We’ve still seen examples in the wild, where Google continues to rank less authoritative content over more authoritative results. We’ve referred to the “level 4 brain cancer” example several times, which continues to show an eHow article as the top result over actual experts in the brain cancer field. In fact, one of our own articles is even showing up on the first page now (presumably from having referenced it a few times). While we’re flattered that Google would consider us enough of an authority on the subject, I think users would still prefer to see more useful advice from a medical standpoint.

Another interesting side story to this whole Google search quality thing is that Google has a patent application out for essentially what Demand Media does – suggesting topics for people to write about based on search. Are we going to see Knol results “filling in the gaps”? More on that here.

Many of the sites hit hardest by the Panda update are trying to find ways to become less dependent on Google. It’s wise not to be too dependent on any one traffic source anyway, but the Panda update has really driven this point home. HubPages has taken some time to improve its own internal search. As Mike Moran said in a recent article, this is a good way to keep from driving your visitors back to Google to find what they’re looking for.

Thoughts on Google’s search quality post-Panda? Share in the comments.

AOL Rated A "Buy" By UBS