Google has launched a new feature for its Mobile for AdSense apps, which lets developers in the U.S. and Canada, who are participating in the beta program, to monetize their iPad apps.

"The new iOS SDK supports ad serving in iPad apps using three of the most common online ad formats, instantly making it easier for developers to grow their businesses and for advertisers to expand their presence to the iPad," says Dan Waylonis, Software Engineer for Google’s AdSense for Mobile Applications. "Advertisers whose campaigns run on the Google Display Network and include text or image ads in the above sizes can now show ads within iPad applications – provided their campaigns are targeting mobile devices or specifically the iPad." 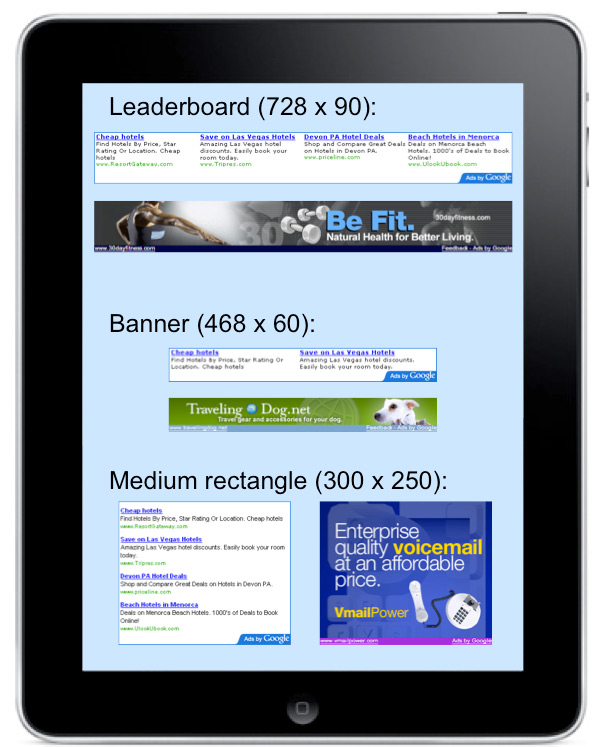 Release notes for the latest AdSense for Mobile Applications SDK release can be found here.