Google has acquired Phonetic Arts, a speech synthesis company based in Cambridge, England. The company works on technology that generates natural computer speech from samples of recorded voice.

"In Star Trek, they don’t spend a lot of time typing things on keyboards—they just speak to their computers, and the computers speak back," says Google Speech Technology Manager Mike Cohen. "It’s a more natural 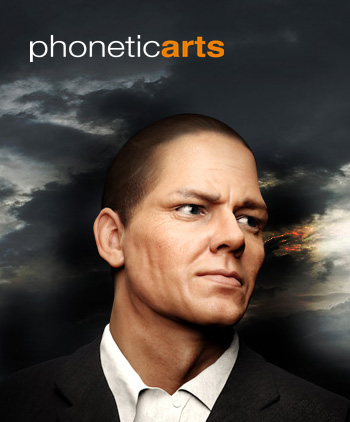 way to communicate, but getting there requires chipping away at a range of hard research problems. We’ve recently made some strides with speech technologies and tools that take voice input: for example, we launched Voice Search, Voice Input and Voice Actions for mobile phones, allowing you to speak web searches, compose emails by voice, ask your phone to play any song, and more. And last year we started automatically transcribing speech to produce captions on YouTube videos."

But Phonetic Arts comes in when you start talking about computers talking back to you – voice output as opposed to input. Google notes that it already has offerings in this area like features in Google Translate and Maps Navigation, but as the company says, "there’s still a lot to do."

"We are excited about their technology, and while we don’t have plans to share yet, we’re confident that together we’ll move a little faster towards that Star Trek future," says Cohen.

"Speech synthesis is a tremendously exciting field of technology and we’ve worked hard to bring world-leading innovations to market," Phonetic Arts says on its website. "We’re excited to join Google. We see great opportunities integrating with their technologies and products, and look forward to being part of their world-class speech team. Most of all, we are excited about the great opportunities in speech technology that lie ahead."

It will be quite interesting to see where Google uses the technology it is acquiring, and what else the team develops under Google. Hopefully we’ll see a lot more Google features with audio read-back implemented in the future. It would be nice to be able to drive and listen to your email, RSS feeds, status updates, Google Docs documents, etc. as read by a pleasant-sounding human voice. It would be great from an accessibility standpoint as well.

Android Comes Up On iOS In October