Google Latitude, the app that lets you see your friend’s locations on a Google map and share where you are, has added check-ins to the iPhone. (Check-ins were previously available on the Android) Now your friends will know that you are at that Irish Pub as opposed to just somewhere on the corner of Walnut and Main. 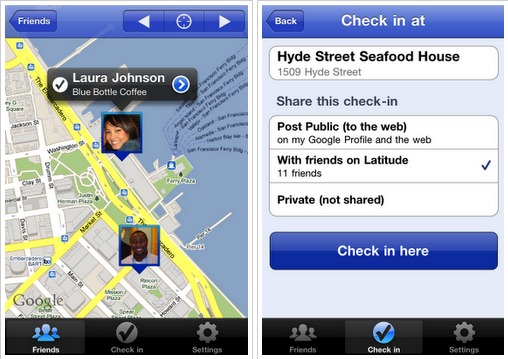 Check-ins are of course optional, and can be made public, private or somewhere in between. However, if you set the app to continuously update your location, it will automatically check you out of places when you leave – something that Foursquare or Facebook cannot yet boast. Repeated check-ins earn you Regular, VIP, and Guru status. Austin, TX offers deals for repeated check-ins, and it wouldn’t be surprising if other cities began to follow suit.

The app requires iOS 4 and above. You can use it on iPhone 3GS, iPhone 4, iPad and iPod touch.

Google also announced that it added languages to its Places app, which brings the count to 30 available. The app is now allowing you to save places as well. Hitting the “Saved” icon takes you to a depository of all your starred places from the app, google.com/hotpot or maps.google.com. 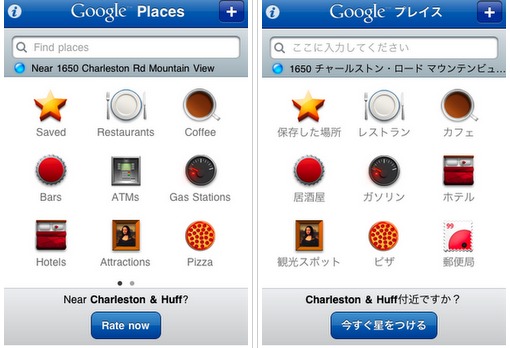 All this check-in talk makes me wonder if a Google-Foursquare partnership could be anywhere on the horizon.