At a special event for Chrome today, Google announced that its browser is up to 120 million users, representing 300% growth since January of this year. 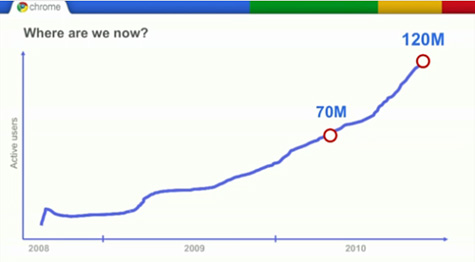 In addition to that, the company announced Google Instant for the Chrome omnibox. You can type a single letter, and it will load an actual site in the browser – not just search results like what we’ve seen from Google Instant thus far. Chrome knows the sites that you go to often and adapts the functionality to this.

If you go to ESPN.com a lot, you can simply type "E" in the omnibox and it will automatically bring up the site. You can type "T" and get to Twitter, "C" and get to CNN, etc.  It looks like it still shows search results when what you type doesn’t match a site you go to often. 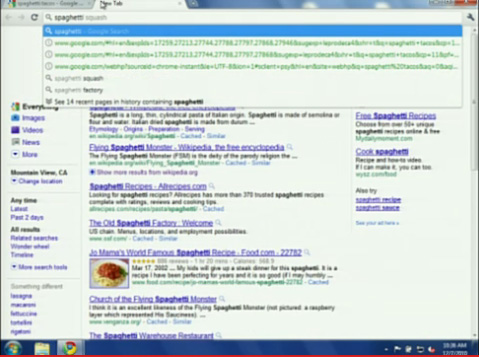 "The most important thing is that it’s all going to be really, really fast," said Google’s Brian Rakowski describing many of the ways Chrome continues to get faster, including loading PDFs, and handling graphic content.

It’s unclear at this point when exactly Google Instant for the Omnibox will be available to everybody, but we’ll let you know when we know.

The company is also expected to announce the launch of the long-awaited Chrome OS at the event. Stay tuned.