Photos are clearly an important part of Google’s larger strategy, and Google+ has been an impressive offering into the photography world. Google is working on what could be an even more impressive offering, however, with Project Glass (aka: Google Glass), the company’s futuristic glasses project.

Google has been clear from the beginning that the glasses portrayed in the introductory Project Glass video were a little more concept than reality. They’re in the early stages, and so far, it’s not about augmented reality, but Google does seem to be playing up the photography angle pretty hard.

Google co-founder Sergey Brin led a photowalk, and several participants have been posting about it on Google+:

Google+ Photographer's Conference   1 hour ago How do you know when your G+ Conference is a hit? When +Sergey Brin shows up to lead a photo walk. #GplusPC

Brad Moore   15 minutes ago An Afternoon with Sergey Brin

Google Co-Founder Sergey Brin stopped by the #gpluspc conference today for a photo walk, and his crew had some Google Glass prototypes on hand for people to try out.

He was a good sport about me playing the part of paparazzi, thankfully 🙂

Brian Matiash   1 hour ago A benefit of attending the +Google+ Photographer's Conference?

RC Concepcion   40 minutes ago This is Geek Heaven
Just got out of an awesome session at the #gpluspc and came up for some meetings and a little nosh.

Um. Needless to say I'm not eating a lot. Glasses are amazing 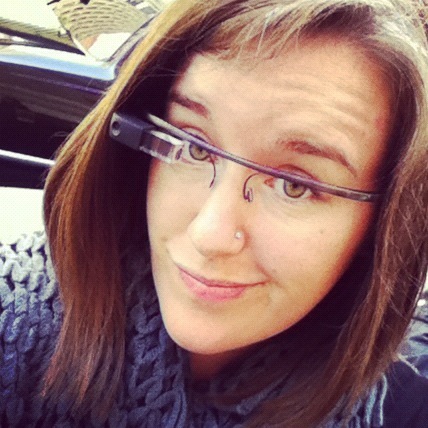 Perhaps Google Glasses making an appearance at Google I/O this year isn’t so far fetched after all.

Google’s other co-founder (and current CEO) Larry Page has also been wearing the glass(es) this week.

9,000-Year-Old Mask Up for Auction This June

May 23, 2012
Recent Posts
Registration is disabled.