Australians who study computer science now have an added incentive to accomplish impressive things.  Today, it was announced that a certain search company will give away $10,000 once per year in the form of the Google Australia Eureka Prize for Innovation in Computer Science. 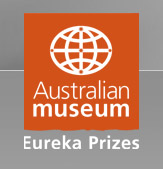 Like many of Google’s contests, this has the potential to be both a nice gesture and a smart business move.  The first label applies because the PR certainly won’t do Google any harm; the second might fit because the prize will put the company in touch with some very smart people.

Anyway, Google specified what it’s looking for by stating in a Google+Australia+Blog%29″>blog post, "Entries in the Google Australia Eureka Prize for Innovation in Computer Science should be cutting-edge and represent a tangible advance in their field.  The winning innovation will have the potential to improve the lives of many other Australians."

A couple other important details: people can enter this competition either as individuals or as teams.  The main thing is that they enter by the end of May 7th.

It should be interesting to see what sort of computer science advances occur as a result of the Eureka Prize.  The winner(s) will be announced on August 17th.