MarketWatch reports that Google has missed a deadline for the implementation of Google Apps in the city of Los Angeles, due mainly to security concerns expressed by the LAPD. This has got to be an unwelcome snag for Google, who is spending a great deal of time marketing Google Apps for cloud computing.

Microsoft is encouraging its employees to be evangelists for Windows Phone 7 in an effort to build up the developer community and Windows Phone app marketplace. No surprise there. TechFlash points to a Microsoft internal memo from Andy Lees  who tells all employees to "get involved in the launch."

Microsoft and ARM have signed a licensing agreement for the ARM architecture, which extends the companies’ 13-year relationship. "ARM is an important partner for Microsoft and we deliver multiple operating systems on the company’s architecture, most notably Windows Embedded and Windows Phone," says KD Hallman, general manager, Microsoft. "With closer access to the ARM technology we will be able to enhance our research and development activities for ARM-based products." (via ZDnet) 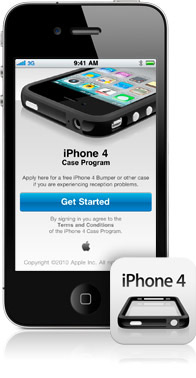 Apple began its Case program today, in which iPhone 4 users can download an app to sign up for a free case or bumper. The company also announced a delay in the availability of the white iPhone 4.

Verizon shared its quarterly earnings, while AT&T has reportedly begun transitioning customers it acquired earlier this year from Verizon.

Social news iPad app Flipboard made a lot of headlines this week, when Robert Scoble introduced it as "revolutionary" and then it ran into some technical difficulties. Now Gizmodo is questioning whether or not Flipboard is even legal, asking if it is scraping content that it doesn’t have the rights to. "It scrapes websites directly rather than using public RSS feeds, opening it to claims of copyright infringement," the publication says.

Sarah Perez at ReadWriteWeb has an interesting story about U.S. defense contractor Raytheon developing software for soldiers, utilizing Android. "The software, called the Raytheon Android Tactical System or RATS, has already been tested by some members of the U.S. Special Forces," she writes. "It involves a social-networking type of display where soldiers interact as ‘buddies’ and track each others’ movements on the battlefield."