Google has launched Google Earth for Android, which is currently only available for the Nexus One (which runs Android 2.1). Google calls it the fastest mobile version of Google Earth yet.

Along with the release, comes the Roads layer, which has been popular on the desktop version of Google Earth. The layer is meant to give users a better sense of where they are, with road labels drawn on top of satellite imagery. 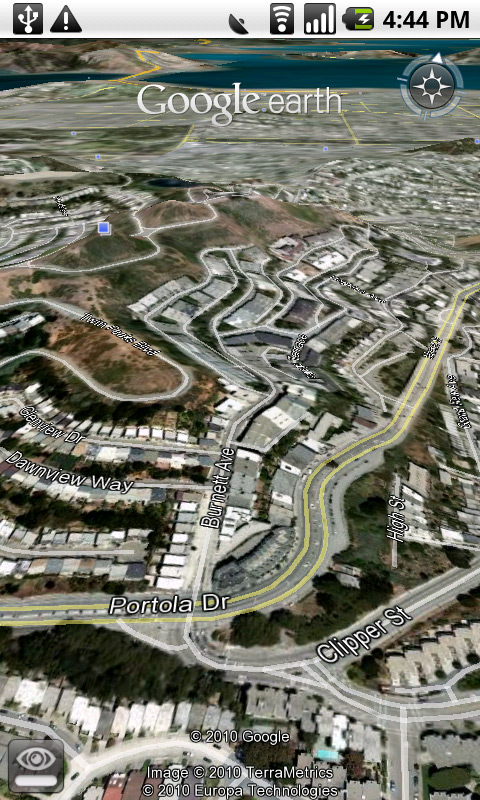 "As with other versions of Google Earth, you can also browse photos, places, and local businesses, whether it is in your local community or on the far side of the globe," says Product Manager Peter Birch. "Click on an icon to see photos, videos, and read about prominent places in the world. You can easily customize your version of Google Earth to display the layers that most interest you."

Google Earth for Android also takes advantage of voice recognition that "responds to your every command," according to Google. "With Google Earth for Android, we have brought together the convenience of Google Search by voice with the power of Google Local Search to make it easier than ever to navigate the globe and find whatever you are looking for," says Birch.

Google Earth will be available in the Android Market for devices that have Android 2.1 or higher. As older Android devices get upgraded to 2.1, they will be able to get it.

Google Writes the Buzz Handbook 5 Tips at a Time