Update: This article is nearly a year old, but pretty much the same thing is happening again (or still). A number of popular music blogs have been removed from Blogger, some are saying without warning. When we covered this before, Blogger Product Manager Rick Klau left us the following comment (as seen in the comments section):

Hi – I’m a product manager on Blogger, and I wanted to clarify a few things. Google only removes content when legally obligated, and under U.S. law, we are required to take down content when we receive a valid DMCA notice. When we we do this, we send an email to the blogger using the address associated with their account and submit the original DMCA notice to chillingeffects.org. If a blogger wishes to challenge the DMCA notice, they can file a counter notice, at which time the original DMCA complainant has 14 days to file suit, or we will reinstate the removed content. The whole policy is explained in more detail here: http://www.google.com/blogger_dmca.html.

A good reminder for our users is to ensure that the e-mail address associated with their blog is valid and an address they check regularly; any DMCA-related notices we send are sent to that address. You can also find more info or ask questions in our support forum at http://groups.google.com/group/blogger-help.

Last summer, we updated our enforcement of the DMCA. Our current policy is that when we receive a DMCA complaint, we:

When we receive multiple DMCA complaints about the same blog, and have no indication that the offending content is being used in an authorized manner, we will remove the blog.

Original Article: Ryan Spaulding is a music blogger from Boston who runs the blog Ryan’s Smashing Life, which is hosted by Google’s Blogger. For some reason Blogger has been deleting some of his posts.

This story was unearthed earlier this month in an LA Weekly article that found the same thing happening to a number of Blogger users. I got in touch with Ryan to find out what he had to say about the situation, and the following interview is the product of that (Not all of Ryan’s opinions necessarily reflect those of WebProNews).

Chris Crum:  First off, can I get a little background on the story in your words? 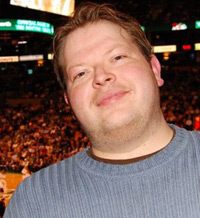 Ryan Spaulding: Beginning last summer, I slowly began to notice that several older posts were beginning to disappear. This didn’t come to my attention for some time since I wasn’t in the habit of reading old posts except when I pulled down the material. Sometimes I received emails from frustrated readers who were looking for a topic I had written on – only to find the post deleted.

I had no reason to think this was anything other than a software glitch at first. There were no takedown notices or emails in my inbox. Then the instances began stacking up – and I began comparing notices with other bloggers. What was initially a series of seemingly unconnected blog post disappearances – by fall, became the topic of discussion in blogger emails and chat rooms. The change of tactic of the industry and the poor handling of  it by blog-host Blogger (Google) was being seen as a conspiracy.

I have come to love blogging and the integration of a myriad of software add-ons to the blog. Like the vast majority of bloggers, I am not paid for my time, creativity or passion. It is because of my passion for this thing that many of us have come to feel betrayed when we learn that the host of our websites is now in the business of deleting our posts without warning! (It’s an issue of respect. Blogger has proven that they do not respect their own users. Despite the merits of our prior good conduct and years of loyal use of their blogging platform and software – we are considered guilty before having a chance to demonstrate our innocence or at the very least have a chance to pull down the offending material.) Yes, it’s an issue of respect.

CC:  How many other bloggers have you spoken with that have had similar experiences?

RS: About a dozen or more to start, but since the piece ran in LA Weekly, I have received email from dozens more vocalizing their support.

CC: Can you tell me exactly what the deleted posts consisted of?

RS: The types of posts removed break down into two basic groups:

The Deletion of Unsolicited Promotional Posts: A few of these missing posts were "unapproved" posts on signed bands. This means I promote a band’s project and use an mp3 I had seen given away in other locations on the web, and then wrote lengthy pieces, breaking down the songs into their themes and reviewed them based on merit. All pieces were positive and promotional in nature. I tend to not write negative reviews on music;  it runs contrary to the underlying theme of the blog – to support musicians whose work I enjoy. While it hurt to see these posts disappear (why wasn’t I simply contacted to remove the material? ), ultimately I understood the rules about such things.

The Deletion of Solicited Promotional Posts (They Ask Me to Support the Band): What was truly upsetting was the loss of material that was approved by the labels and the bands themselves. Since I do very few Unsolicited Promo pieces, this is the lion’s share of posts that are deleted. This is at the core of the problem: More than a dozen of these at last count – each requiring four hours or more apiece – were deleted out of my account and without warning.

Google chooses it’s bed and makes bloggers lay in It. Blogger/Google had the opportunity to choose its tactic when receiving notices. First of all, they could have delineated between longstanding reputable bloggers and those suspected to be leakers. They chose not to do this. Blogger/Google treats everybody the same (the good and the bad!) –They also could have chose the tactic to notify the bloggers of the demand and let us comply. They chose to not take this tactic either and simply delete the posts. Later, they altered this tactic slightly by going ahead and deleting the post and then, later, sent an email explaining their position. The end result is the same. To illustrate how utterly frustrating this is, I will outline what takes place start-to-finish:

I’m a choosy blogger. Each month, I receive many, many albums – both in the mail and through digital. These are always accompanied by a press release asking to promote the band, their album project and tour. In the case when the bands/music labels/PR houses/publicists ask me to use a specific post when I publish the material then I comply. I use the material they request.

All of these steps serve to make me an authorized agent for the label. [I fully understand that I do not own the material and need to pull it down immediately if ever asked. This is implicitly understood.]

CC:  Have you contacted Google about the issue, and if so, what kind of response did you receive?

RS: They never responded. An "opportunity" (in legalese, of course) offered a means to have the post restored – but like most bloggers, I didn’t have the knowledge or time to fight "city hall" on every post. Especially, since Blogger/Google didn’t even take five minutes to send a simple email response. Nothing professional, nothing courteous. Again, the tactic they choose belies their basic lack of respect for their users – which is why I took up the cause. They have a relative monopoly on blog hosting services and rule with an iron fist. 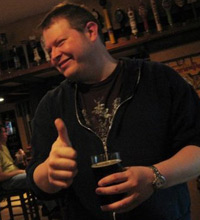 CC:  Are you concerned that your blog’s reputation might be hurt when people click through to it from other sites, only to find that the content they’re looking for has been removed? How has the removal of these posts impacted your blog’s traffic?

RS: This is very hard to detect and prove. New people are coming in every day. But if you take a page out of economic studies, the value of "Opportunity Costs" are difficult to measure. If you are a first-time reader and you receive a dead link – you may never return.

CC:  Have you detected any loss in readership?

RS: Loyal readers were the ones to actually bring the deletions to my attention. I don’t think I could shake some of these people – they have truly become friends. But as with the prior example, some readers who have not been with the page long – predictably grow irritated at the absence of written material on the page when they repeatedly get dead links. And, they delete their bookmarks and go away.

CC:  Did you contact the RIAA? If so, what kind of response did you get from them?

RS: Actually, I firmly believe the majority of the posts weren’t pulled down on RIAA requests – the majority of these came through miscommunication at the label-level. The EU branch of the label doesn’t talk to the US labels. Sometime after the post goes live (with complete approval of the US label) the European branch contacts their legal department when they find the post promoting the band on my site. They choose to not recognize (or simply do not have visibility to the arrangement) and send an email to the IFPI (the British version of the RIAA). This group demands takedown from Blogger/Google.

Update: Blogger Product Manger has weighed in on the situation in the comments section.