Remember when Google was just a search engine? We often still think about it that way, yet we are frequently reminded of the breadth of product offerings and ultimately the power the company possesses. Power, or energy rather, is actually something Google could end up selling in the future.

Google recently applied for approval from the Federal Energy Regulatory Commission for the right to purchase and monetize energy, just like the utility companies you are already familiar with do. Google has said that its actions had more to do with the enormous amount of energy it consumes itself (consider all of the machinery and equipment it takes to keep a company like Google running at its current pace on a daily basis).

Questions have been raised however, about if Google could actually end up functioning as a utility. From the sounds of it, the company isn’t exactly ruling it out. 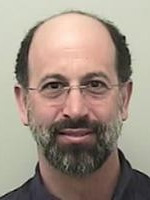 Jeffrey Marlow with the New York Times asked Google’s "Green Energy Czar" Bill Weihl if the company views its work on alternative energy as a money-making component. In his response, Weihl noted that some of Google’s initiatives come from Google.org (the company’s philanthropic arm), and said:

The reason Google.org is not just a foundation is that lots of people believe that if you want to have a big impact at scale on the world, then you need to go beyond what a 501(c)3 can do, which is to make charitable grants, so you need the ability to invest in companies, to do engineering projects, to do things that might at some point actually make money.

We’d be delighted if some of this stuff actually made money, obviously; it is not our goal to not make money. All else being equal, we’d like to make as much money as we can, but the principal goal is to have a big impact for good.

Google says its goal is to make renewable energy cheaper than coal. Coal is said to be the source of about half of the electricity consumed in the US. Google is looking at concentrated solar thermal, enhanced geothermal, and wind energies.

> How Much Energy is Consumed by a Google Search?

> Google Testing PowerMeter To Save Energy