Samsung was the top handset maker in the U.S. for the three month period ending in November, accounting for 24.5 percent of the market, while RIM led among smartphones with 33.5 percent market share, according to comScore. 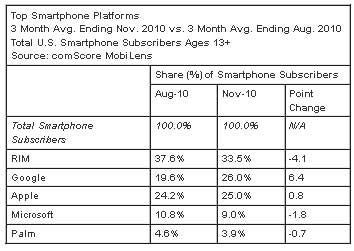 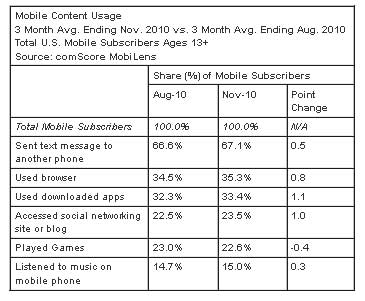