Google Android Closes In On Apple

In the U.S. 53.4 million people owned smartphones during the three months ending in July, up 11 percent from the corresponding April period. RIM was the leading mobile smartphone platform in the U.S. with 39.3 percent share of U.S. smartphone subscribers, followed by Apple with 23.8 percent share. 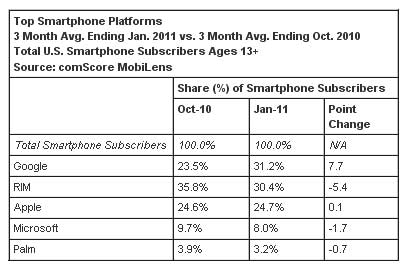 Print from the iPad, iPhone, or iPod Touch with Apple's Airprint