U.S. Internet users watched 28.1 billion videos in February, with Google sites leading the way as the top video property wit 11.9 billion videos, accounting for 42.5 percent of all videos viewed online, according to the latest report from comScore. 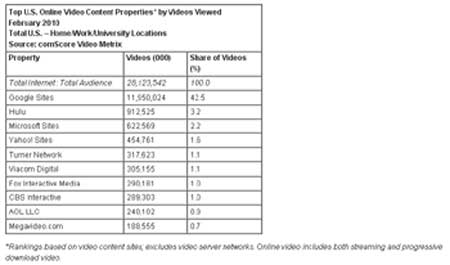 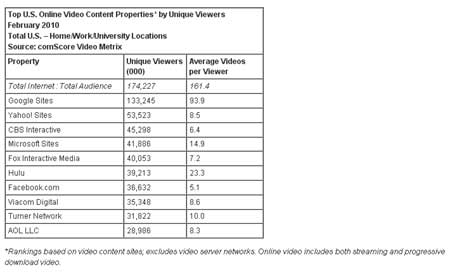 Other key findings from comScore include:

*The length of the average online video was 4.3 minutes.

Google Does Some Overdue Buzz Branding with New Buttons