Google and AP Together Again

After a seven-week-long hiatus, Google is now hosting content from the Associated Press again. The two have had a deal in place in the past, but AP content quietly went missing from Google, and that very fact became a topic of wide discussion last week. Now the deal appears to be renewed to some uncertain extent.

The statement Google has given on the matter says, "We have a licensing agreement with the Associated Press that permits us to host its content on Google properties such as Google News. The licensing agreement is the subject of ongoing discussion so we won’t be commenting further at this time."

An AP spokesman is quoted as saying, "We have nothing to add to Google’s statement." 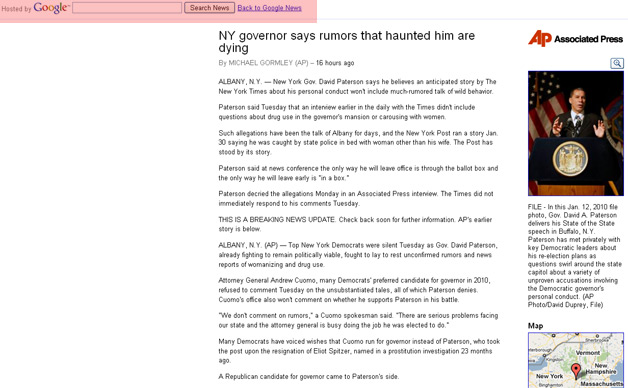 If you’ve followed the online news industry much, we probably don’t have to tell you that Google and the AP have had a somewhat complicated, if not rocky relationship.

Last week, Yahoo reached its own deal with the AP. Financial terms of that agreement were not disclosed.

This week, the AP promoted editor and correspondent Ted Anthony to Assistant Managing Editor. He is said to have been involved in the development of the news organization’s social media practices.