Google has announced that Google Maps Navigation will now automatically route you around traffic.

Google is pitching the feature as rending the traffic report obsolete. “Ever been stuck in traffic, only to find out you’d have been better off going a bit out of your way to take a less congested route? If you’re like me, you probably hear the traffic report telling you what you already know: traffic is bad on the road you’re currently on, and you should have taken another,” says Google Maps engineer Roy Williams. “It doesn’t need to be this way, and we want to help.”

“You don’t have to do anything to be routed around traffic; just start Navigation like you normally would, either from the Navigation app or from within Google Maps,” says Williams. “Before today, Navigation would choose whichever route was fastest, without taking current traffic conditions into account. It would also generate additional alternate directions, such as the shortest route or one that uses highways instead of side roads. Starting today, our routing algorithms will also apply our knowledge of current and historical traffic to select the fastest route from those alternates.”

26 minutes ago via web · powered by @socialditto

The feature sounds like a good idea, but I’ve been steered in the wrong direction plenty of times by Google Maps directions that I’m going to be a little cautious on this one – at least while Google Maps Navigation still carries the beta tag. You may want to test it out when you’re not in a hurry to get somewhere before relying on it when you have an important appointment.

The feature is available on Google Maps Navigation for Android in North America and Europe. It is unclear when it will become available more broadly. 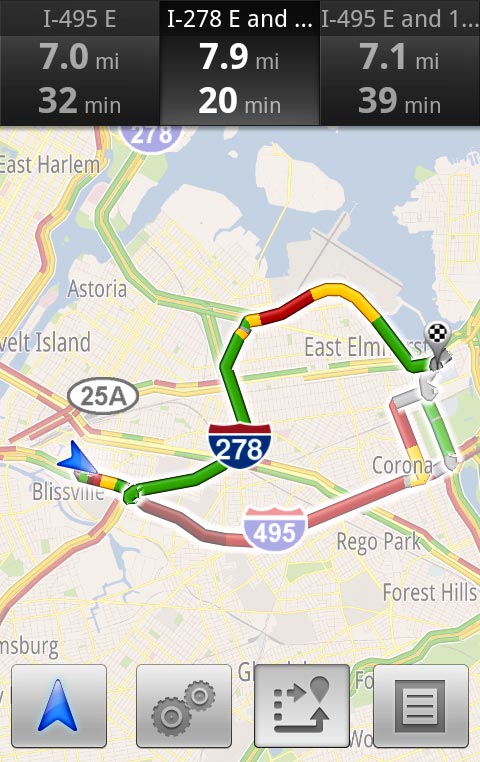