Google has released a new version of Car Home for Android, aimed at making customization easier and information retrieval faster. Users can customize shortcuts for one-touch access to apps and info on the phone. You can now also set your own wallpaper for the app and customize the color of the shortcut icons.

Car Home lets users access apps like GPS, voice-activated commands, contacts, etc. while placed in a car dock. Another new feature is the ability to automatically switch to Car Home when your phone pairs with any Bluetooth device.

"We’ve also made it simpler for Android developers to modify their existing applications to be compatible with Car Mode," says Markus Mühlbauer, Manager Engineering & Product, Google Automotive. "Apps which support Car Mode will show up in a ‘Car applications’ category so they can easily be identified by you and added as a shortcut." 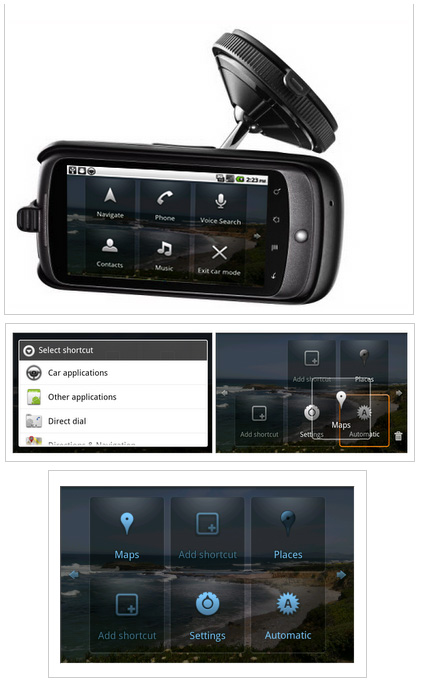 It’s probably not a bad app to have if you use your phone in the car. It may save lives, or at least help you avoid getting ticket if you live somewhere that texting while driving is against the law.