Google has apparently acquired yet another company – Instantiations. This is a provider of Java and Ajax development tools.

As MG Siegler (who first reported the news) points out, the company is known for its Google Web Toolkit designer, which is likely the reason for the acquisition.

Instantiations greets its site visitors with the following message: 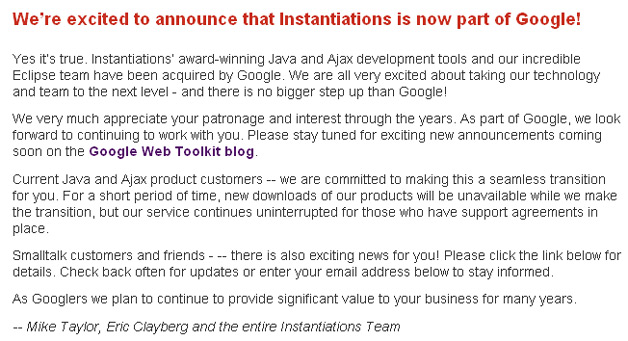 No word yet from Google on this. Perhaps they’re waiting until tomorrow to announce it along with the reported Slide acquisition. You have to wonder if any other acquisition announcements are in store from the company.

The price tag on Instantiations is as of yet unknown.